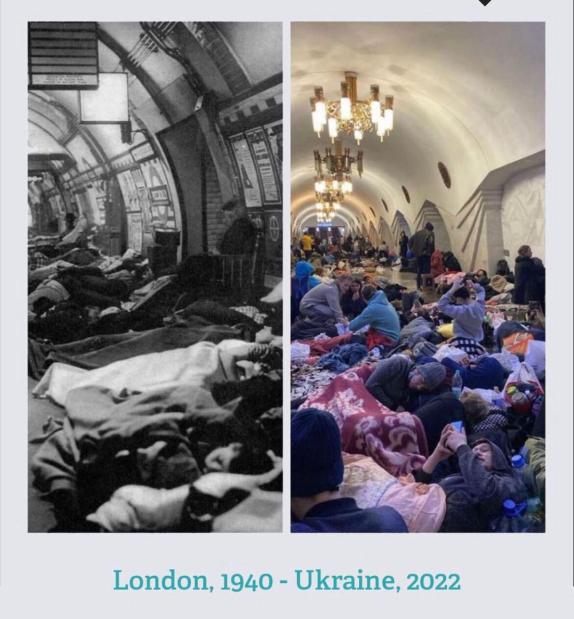 When I was a teenager, the BBC produced a documentary series called The World at War. It was a history of WW2, narrated by Sir Laurence Olivier.

The images were black and white, often grainy, and seemed more like the old war movies that were standard fare of Sunday afternoon television than real life.

We watched film of tanks rolling across national borders in Europe and followed the terrible consequences of the dreams of a megalomaniac leader, believing that at least it would never happen again. In future, disputes between nations in Europe would be solved by diplomacy, not by the death and destruction of bloody war.

It is impossible not to wonder what, if anything, we have learned from the ugly history of the 20th Century and to ask ourselves if humanity is destined to repeat the same dreadful mistakes again and again. It is also impossible not to ask, what is next?

Fear of the Soviet Union was the backdrop to the lives of my generation. In 1982, as a young diplomat, I was sent to Warsaw. It was my first overseas posting, and it was both exciting and unsettling, and it taught me how lucky I was to have been born in the West.

I was free to leave Poland whenever I wanted while ordinary Poles had no choice but to join the queues for bread and other basic foods. Day-to-day life was a struggle with meat, sugar, and petrol rationed, and basic freedoms curtailed.

It was a life of hardship and fear, far from Utopian equality.

The Poles I knew were stoic and determined and I rejoiced for them when they were at last freed from the Soviet yoke. For a while, it seemed like the world was a safer, happier place.

For the last few days, Sting’s song, The Russians, has been going through my head. It was released in the mid-1980s and is about the Cold War and threat of nuclear war.

I have seen Sting in concert a few times, but he has never sung that song, presumably because after Glasnost it lost its relevance.

War is always tragic. Men, women and children are dying now and more and more will die.

The survivors’ lives will never be the same.

One side may eventually be declared the winner but ultimately everyone loses.