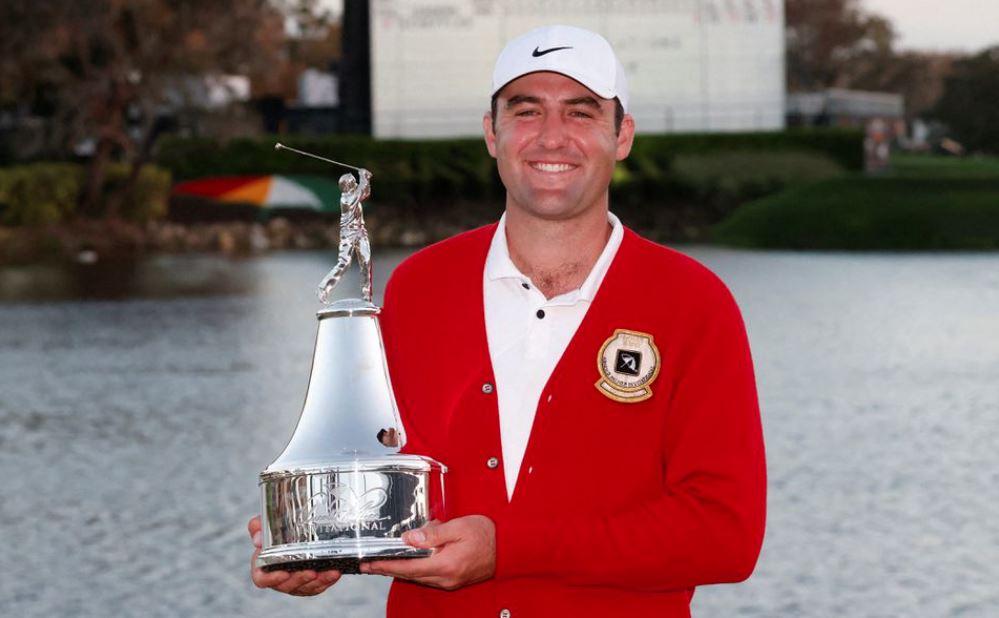 Scottie Scheffler arrives at The Players Championship this week brimming with confidence after earning his first two PGA Tour wins in his last three starts and feels his inclusion on last year's U.S. Ryder Cup team has played a role in his success.

Scheffler was a Ryder Cup rookie and second-youngest player on the American squad at Whistling Straits last September where he beat Spaniard Jon Rahm in Sunday's singles action to set the tone for what ended up being a dominant win over the Europeans.

The 25-year-old Scheffler, who was one of Steve Stricker's captain's picks for the team competition, said his experience at Whistling Straits was a bit of a stepping-stone for him.

"There were a few guys on the squad that wanted me to be a part of that team, and it gave me a good bit of confidence and belief in myself," world number five Scheffler, who is the highest-ranked player to win on the PGA Tour this season, told reporters at TPC Sawgrass.

"That kind of maybe catapulted me a little bit for sure. That was definitely something I didn't see happening that early in my career but I was very blessed to be on that team and it was really cool."

Scheffler, who plays the game with a casual yet self-assured demeanour, earned his breakthrough PGA Tour win at the Phoenix Open last month and tasted victory again on Sunday at Bay Hill where his short game helped him edge out a loaded field.

Now Scheffler will try to join Tiger Woods (2001), Tom Kite (1989) and Raymond Floyd (1981) as the only golfers who have won The Players after winning the week before.

"I think winning and being in contention kind of drains you a little bit, especially on a golf course like we were playing last week," said Scheffler.

Scheffler has only logged three competitive rounds at TPC Sawgrass, having missed the cut last year after the 2020 edition was cancelled after the first round, but he does not expect that to hinder his chances.

"I really don't have too much experience around the golf course in tournament conditions, but I know the golf course pretty well just from playing junior tournaments here and from seeing it on TV," said Scheffler.

"It's a good test of golf, and as long as I'm playing well, I should score well out here."