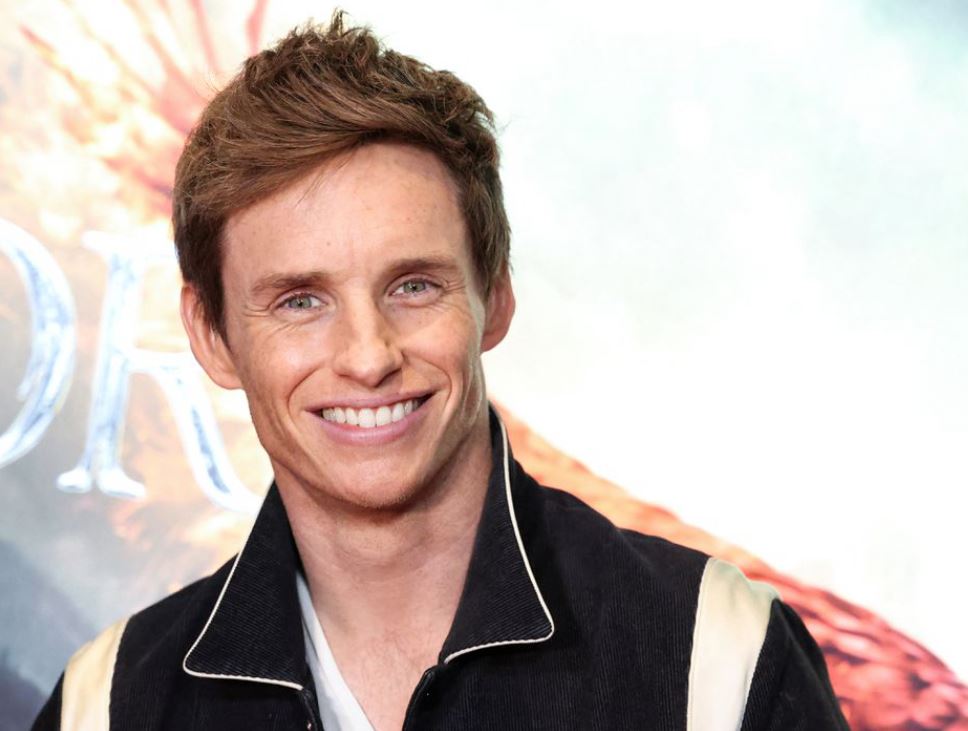 'Fantastic Beasts: The Secrets of Dumbledore,' the third chapter in the 'Harry Potter' spinoff series, collected a muted $43 million in its domestic box office debut.

In pandemic times, those ticket sales were enough to lead this weekend's box office charts and land one of the biggest North American openings in 2022.

But it's also a sign that magic is in short supply for JK Rowling's lucrative and ever-expanding Wizarding World.

Dinged by mixed reviews and growing apathy for prequel series star Newt Scamander (Eddie Redmayne) and company, 'The Secrets of Dumbledore' stands as the worst start for a 'Harry Potter'-adjacent movie. (Its predecessors 2016's 'Fantastic Beasts and Where to Find Them,' launched to $74 million in North America, while the 2018 follow-up 'The Crimes of Grindelwald' bowed to $62 million.)

The diminishing enthusiasm for 'Fantastic Beasts' is problematic because witchcraft and wizardry does not come cheap.

Warner Bros. shelled out $200 million to produce 'The Secrets of Dumbledore,' and the studio spent tens of millions more to promote the film to audiences across the globe.

Like its predecessors, 'The Secrets of Dumbledore' will be reliant on the international box office to make money in its theatrical run.

The first two 'Fantastic Beasts' installments -- which ended with $814 million globally and $650 million globally, respectively -- made nearly 75 per cent of revenues from foreign sales.

'Fantastic Beasts 3,' too, has been a bigger draw to overseas audiences. Since the film touched down in several foreign markets last weekend, 'The Secrets of Dumbledore' has grossed $193 million globally to date.

But the persistence of Covid-19 has cut into the box office in China, where 50 per cent of movie theatres are closed, while Russia's invasion of Ukraine has meant that country is not granted access to Hollywood's films.

Those limitations have been difficult for all blockbusters. Since the pandemic began in 2020, only five Hollywood movies have generated at least $500 million at the global box office.

But he's only one of a couple Dumbledores with "secrets," as referenced in the movie's title.

In 'Fantastic Beasts 3,' which was co-written by Rowling and another 'Potter' alum Steve Kloves, a young(er) Albus and Scamander, a notable magizoologist, team up to thwart the dark wizard Gellert Grindelwald (Madds Mikkelson, replacing Johnny Depp) from igniting a wizarding world war.

Variety's Peter Debruge called the film a "vastly improved sequel," which isn't saying much because fans were not particularly receptive to the last entry.

The prequel saga, which predates the adventures of Harry, Ron and Hermione, is intended to be a five-film franchise, but executives at Warner Bros. are waiting to see how 'The Secrets of Dumbledore' is received by audiences before giving films four and five the greenlight.

'Fantastic Beasts 3' secured a 'B+' CinemaScore, the same grade as its predecessor.

'Fantastic Beasts and Where to Find Them' landed higher marks, an 'A-' score, from moviegoers.

The Wizarding World of Harry Potter, however, is much more than a film franchise. The fantastical universe has lent itself to profitable theme parks, live events, a Broadway play, as well as consumer products riches and success on home entertainment.

The film, which sunk to fifth place, has earned $8 million since opening on Wednesday.

Mark Wahlberg, who stars in the film with Mel Gibson, produced 'Father Stu' and used his own money when Covid-19 tacked on extra costs to production.

Rosalind Ross, Gibson's partner, wrote and directed the film, which tells the story of boxer-turned-priest Father Stuart Long and his inspiring journey from self-destruction to redemption.

An Oscar winner for 'Braveheart' and Academy Award-nominee for 'Hacksaw Ridge,' Gibson has largely been working on smaller indies and straight-to-streaming action films with Lionsgate and Saban Films in the decade since making headlines for anti-semitic and racist tirades.

In the number two spot, Paramount's family friendly 'Sonic the Hedgehog 2' sped to $30 million from 4,258 cinemas, declining 58 per cent in its second weekend of release.

As 'Sonic 2' continues to charm audiences, the film has generated a strong $119.6 million in North America to date.

Sandra Bullock and Channing Tatum's romantic action-adventure 'The Lost City' took third place for the second weekend in a row. The movie, also from Paramount Pictures, collected $6.5 million in its fourth weekend in theatres, bringing its domestic tally to $78.5 million.

A24's genre-overload 'Everything Everywhere All At Once' enjoyed another impressive run, moving up to fourth place with $6.1 million from 2,220 screens.

Directed by Dan Kwan and Daniel Scheinert and starring Michelle Yeoh in a multiverse action-adventure-comedy-fantasy-sci-fi mashup, has earned $17.6 million so far.