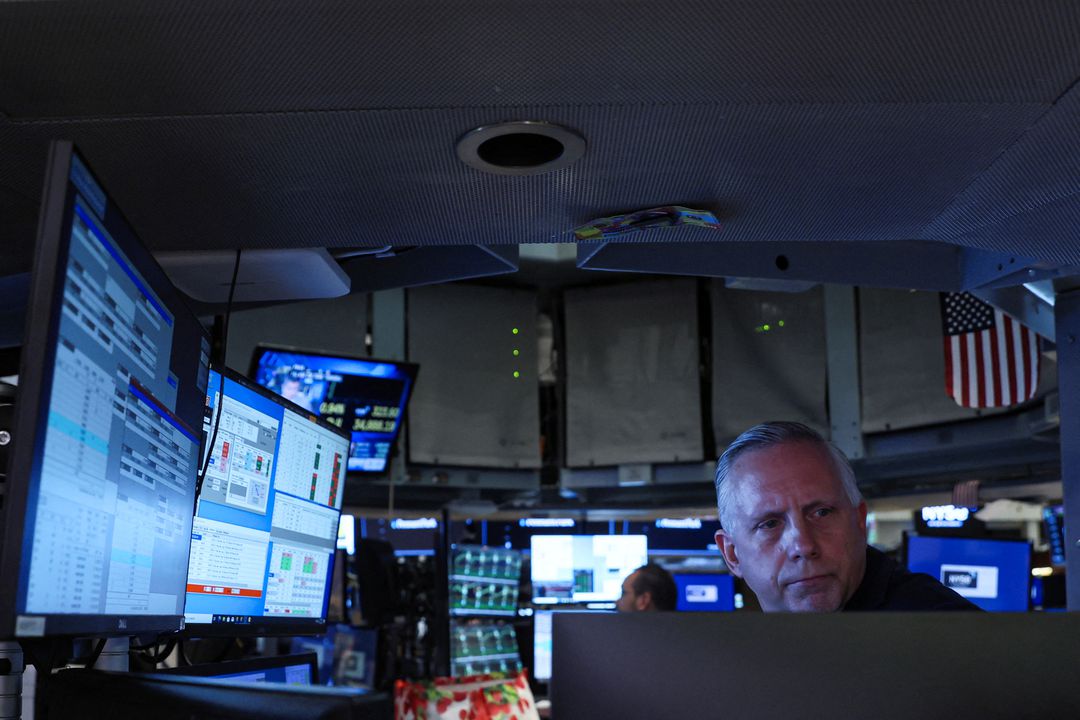 Complementing the weaker sentiment in equity markets, the yield on ten-year US Treasuries hit 3 per cent for the first time in more than three years, as traders positioned themselves for an expected half-point rate hike and the launch of “quantitative tightening,” where the central bank reduces its balance sheet after buying bonds to support the economy during the pandemic.

In addition to serving as a barometer for mortgage rates and other financial instruments, higher borrowing costs also tend to hurt company share prices, as they make it more expensive to pursue expansion plans.

High-growth stocks, such as technology companies, have been pummelled this year as a result of traders adjusting for this environment, with the tech-heavy Nasdaq losing almost 22pc in 2022.

Losses have been accentuated in recent days by a number of disappointing earnings reports from the megacaps.

Apple Inc dipped 2.5pc as the iPhone maker faced a possible hefty fine after EU antitrust regulators charged it with restricting rivals’ access to its technology used for mobile wallets.

“It’s a waiting game. Let’s see what the Fed says, what the inflation data looks like later next week and we’ve got a lot of earnings (reports) this week,” said Dennis Dick, a trader at Bright Trading LLC.

“It has been a hard market and sentiment has got to a point where a lot of people have turned down this market. I’m not saying the bottom is in, but maybe it’s time to get off that cash and get some of that money back to work.”

The US central bank looks set to deliver a series of aggressive interest rate hikes at least until the summer to curb surging prices, with traders seeing a 92.8pc chance of a 50-basis point hike tomorrow when the policy decision will be released.

The S&P 500 has now fallen more than 14pc since the start of the year. Its decline in the first four months of 2022 was the steepest to start any year since 1939, weighed down by rising bond yields, the conflict in Ukraine and pandemic-related lockdowns in China.