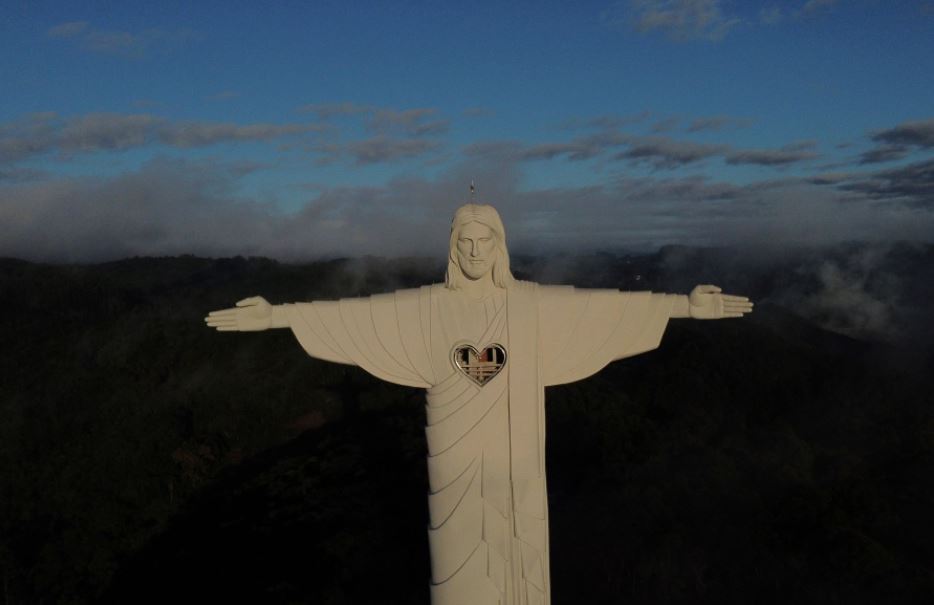 A new Brazilian statue, taller than Rio's, named "Protective Christ", is seen in the Morro das Antenas hill in the city of Encantado in Rio Grande do Sul, Brazil April 29, 2022. Picture taken with a drone. (Image credit: Reuters)

The small town of Encantado in southern Brazil has built a taller Christ to attract tourism.

Christ the Protector is 43 meters (141 feet metres) high, compared to Rio's statue, which is 38 meters (125 feet), including in both cases their pedestals.

Built with concrete over a metal structure, it has already been erected on a hill above the town, but the venue will only open to the public sometime next year, said Robison Gonzatti, vice president of the association that sponsored the statue.

"It is the largest Christ in the world," he told Reuters.

The statue has an observation point for visitors who can look out through a large heart-shaped window.

The view will have to compete with the spectacular sight tourists have looking out over Guanabara Bay from the Christ standing atop Rio's Corcovado mountain.

Rio's Art Deco statue was built with reinforced concrete and soapstone and took nine years to complete in 1931, becoming an icon of Rio de Janeiro and one of the wonders of the world.