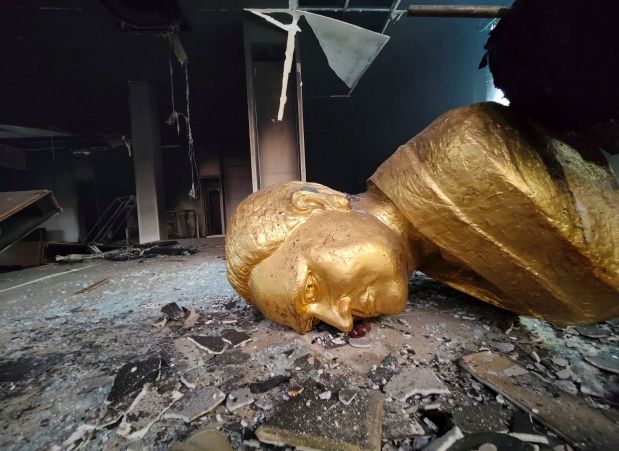 A damaged bust of D A Rajapaksa, father of Rajapaksa, at a museum, following clashes between protesters and police, in Weeraketiya

The new prime minister and cabinet will command a majority in the 225-seat parliament, Rajapaksa said, adding he will bring constitutional reforms to grant more power to the parliament.

“I am taking steps to form a new government to control the current situation, to prevent the country from falling into anarchy as well as to maintain the affairs of the government that have been halted.

The president’s statement followed comments from Sri Lanka’s central bank governor earlier in the day, who said he would quit within weeks unless political stability was restored.

P Nandalal Weerasinghe, appointed central bank chief last month to help the island nation of 22 million people find a way out of its worst economic crisis in history, said a stable government was essential to stop the turmoil.

“I have clearly told the president and other political party leaders that unless political stability is established in the next two weeks I will step down,” Weerasinghe told reporters.