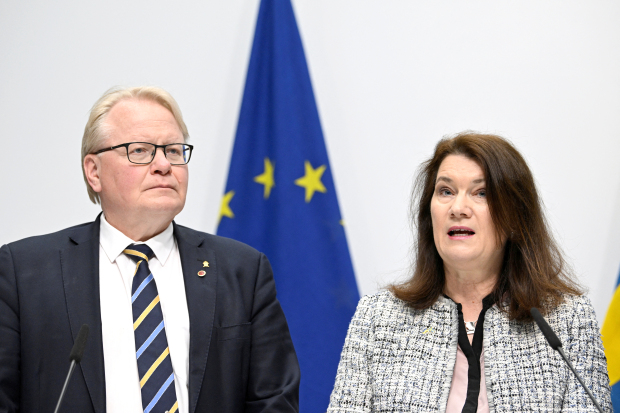 STOCKHOLM: Swedish membership of Nato would boost national security and help stabilise the Nordic and Baltic regions, Foreign Minister Ann Linde said yesterday, a day after neighbour Finland said it would seek to join the US-led alliance without delay.

However, Turkish President Tayyip Erdogan said yesterday it was not possible for Nato-member Turkey to support Swedish and Finnish membership because, he said, the two countries were “home to many terrorist organisations”.

Turkey has in the past criticised Sweden and other Western European countries for their handling of organisations deemed terrorist by Ankara, including Kurdish militant groups PKK and YPG and followers of US-based Islamic cleric Fethullah Gulen.

Russia’s invasion of Ukraine has forced Sweden – and its closest military partner Finland – to publicly pick sides after remaining outside the military alliance since it was founded in 1949 to counter the Soviet Union in the Cold War.

Stockholm is widely expected to follow Helsinki’s lead and could apply for entry to the 30-nation North Atlantic Treaty Organisation as early as Monday.

“Swedish Nato membership would raise the threshold for military conflicts and thus have a conflict-preventing effect in northern Europe,” Linde told reporters as she presented the conclusions of an all-party security review that examined the pros and cons of Nato membership for Sweden.

“The most important consequence of Swedish membership of Nato would be that Sweden would be a part of Nato’s collective security and included in security guarantees according to ... Article 5.”

While Sweden and Finland have long had close relations with Nato and regularly take part in exercises and its high-level meetings, they are not covered by its security guarantee.

The government said the report did not constitute a recommendation to join Nato. The Left and Greens were the only parties that did not support the report’s conclusions. An application would have to be approved by all Nato countries and, later, by Sweden’s parliament.

Linde said Sweden hoped to get unanimous support in Nato if it applied and that the two Nordic countries had “very, very strong support” from important member states with whom Turkey had an interest in maintaining good relations.

She added that she would discuss the situation at an informal meeting of Nato foreign ministers in Berlin over the weekend to which both Sweden and Finland were invited.

“President Biden underscored his support for Nato’s Open Door policy and for the right of Finland and Sweden to decide their own future, foreign policy, and security arrangements,” the White House said in a statement.