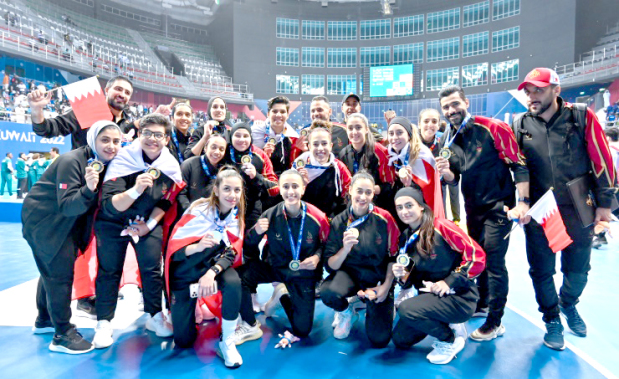 The Bahrain women’s team defeated Kuwait 2-1 in the final of the futsal event to clinch the gold medal at the third GCC Games, being held in Kuwait.

Bahrain led 2-0 at half-time after Shaikha Al Anoud Al Khalifa and Hessa Al Isa found the back of the net. Kuwait managed to reduce the margin after the interval through Nihal Al Sugaibi.

The men’s futsal team defeated the UAE 4-1 in their Group A match.

Meanwhile, Bahrain lost to the UAE 78-74 in the basketball semi-final.

Kuwait will take on UAE in the final after the hosts defeated Saudi Arabia 90-73 in the last-four clash.

Bahrain will play against Saudi Arabia today to determine the third and fourth places. The game starts at 5pm.