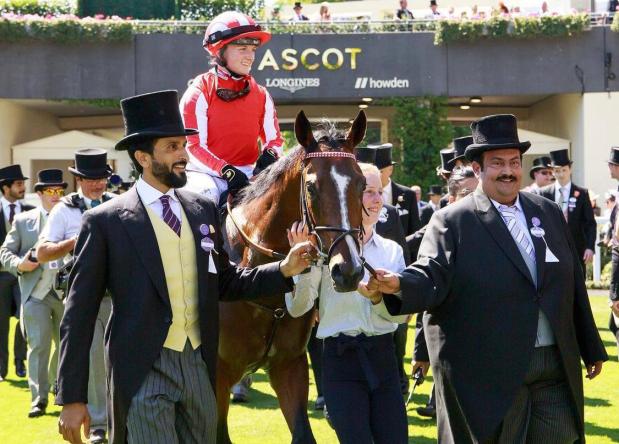 Bradsell raced to victory thanks to the skills of jockey Hollie Doyl who followed the strategy and plans tailored by trainer Archie Watson to add a new achievement for Bahraini equestrian sport at the international level.

“We are happy with Bradsell’s victory which adds Bahrain’s name to the champions’ list of this international event. This achievement is the result of the support and backing of HM the King and the interest of HRH Prince Salman bin Hamad Al Khalifa, Crown Prince and Prime Minister, which have impacted the development of equestrian sport and enabled it to achieve exceptional results that cement Bahrain’s position on the equestrian map at the continental and international levels,” Shaikh Nasser said.

“It was hard to predict the winner in this race, but we had full confidence in Bradsell after he was perfectly trained by Archie Watson as well as considering the high capabilities of jockey Hollie Doyl,” he added.