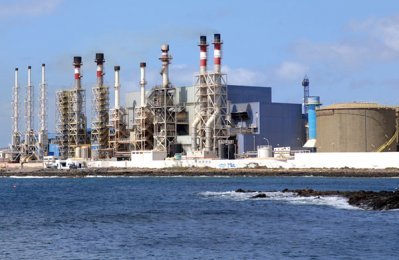 Saudi Water Partnerships Company (SWPC) has announced that request for proposals (RFP) has been issued to all prequalified bidders to participate in a competitive tender for the Rabigh-4 Independent Water Project (IWP).
A total of 39 utility project developer consortiums, including 21 local firms, had expressed their interests in developing the key reverse osmosis (RO) seawater desalination plant, which on completion, will boast a potable water capacity of 600,000 cu m/day.
The project, to be located in Rabigh, 180 km northwest of Makkah, on the Red Sea coast in the kingdom's western province, will include the desalination plant and all associated infrastructure and facilities.
The top global industry players in the race include Spanish infrastructure majors - GS Inima Environment, Acciona Agua, and Cobra; French utility expert Veolia and Italian group Fisia Italimpianti in addition to Hydro Industries (UK); Aquatech International (US); Marubeni (Japan); J&P (Cyprus) and VA Tech Wabag (India), said a statement from SWPC.
Of these EoIs, 21 are from Saudi companies including regional utility giant Acwa Power, Al Bawani Water & Power as well as Marafiq, Sajco, Alfanar, Nesma, AlKawther Industries, Mowah, Haaco and National Water Works.
Also some GCC players such as Metito Utilities and Utico (UAE); Elsewedy (Egypt) and Bahrain-based Lamar Holding are vying for the project, it added.
According to SWPC, a private sector developer/developer consortium will be selected for the project following a competitive tender process which will be responsible for its development, financing, procurement, implementation and operation and maintenance.
The successful bidder, through a special purpose vehicle, will develop the project and sell the entire capacity and output to SWPC under a 25-year concession pursuant to a Water Purchase Agreement. The project is due for completion in Q4 2025.
For the Rabigh-4 IWP, SWPC’s professional advisors are KPMG Professional Services (lead and financial advisor); Eversheds Sutherland (International) as legal advisor and WSP as technical advisor.-TradeArabia News Service