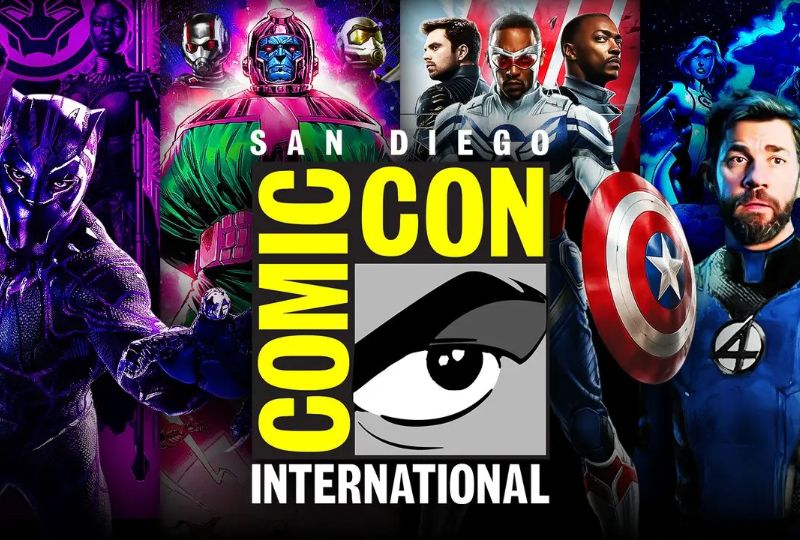 The San Diego Comic-Con is back in full swing after an absence of two years.

With one more day left to go, panels from practically every major studio and streamer have already given audiences sneak peaks into some of the biggest releases coming up.

Here are the biggest movie and TV trailers that have been released so far:

After the two National Treasure movies gained cult followings, Disney is officially coming out with a National Treasure series starring Lisette Olivera with Harvey Keitel and Justin Bartha returning to reprise their roles. We don't know yet if Nicholas Cage will be reprising his role.

The Lord of the Rings: The Rings of Power

"Until now, audiences have only seen onscreen the story of the One Ring — but before there was one, there were many," Amazon teased as they released the first full trailer for 'The Lord of the Rings: The Rings of Power'. The series is set to premier on September 2.

AMC unveiled a new trailer teasing the final eight episodes of The Walking Dead's 11th season during San Diego Comic-Con. The show is set to return to AMC on October 2.

Neil Gaiman's epic tale about dreams and sleep will be making it's debut on Netflix on August 5 with Tom Sturridge playing the role of 'Dream'.

Shazam! Fury of the Gods

Dwayne Johnson is Black Adam in this DCEU feature that's all set to release on October 21. Johnson will be joined by Sarah Shahi, Pierce Brosna, Aldis Hoge, and Noah Centineo.

Ahead of its March 24, 2023 release, Lionsgate shared a sneak peek at John Wick 4 starring Keanu Reeves.

Ryan Coogler and Marvel Studios released the first teaser look at 'Black Panther: Wakanda Forever' at the San Diego Comic-Con. The movie, which is all set to release later this year, will pay tribute to the late Chadwick Boseman. It will also feature a new 'Black Panther' and 'Namor the Submariner'.

A much better look at Jennifer Walters and the hurdles she faces as the first super powered lawyer.