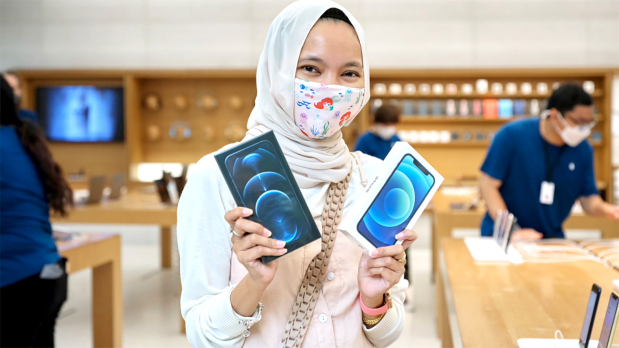 Phone sales in the fiscal third quarter rose to $40.7 billion

WASHINGTON: Apple said parts shortages are easing and that demand for iPhones is unceasing despite consumers tightening other spending, helping it top Wall Street expectations and forecast faster sales growth ahead.

Though macroeconomic indicators around the world are turning negative, chief financial officer Luca Maestri said there had been no slowdown in demand for iPhones, the company’s biggest source of revenue.

Phone sales in the fiscal third quarter rose three per cent to $40.7 billion, when Wall Street had braced for a 3pc decline. By contrast, the overall global smartphone market dropped 9pc during the just-ended quarter, according to Canalys data.

Apple’s loyal and relatively affluent customer base has enabled it to weather consumer spending dips better than other brands in the past, and the company’s latest quarterly results suggest a similar pattern emerging.

The slumping economy is hurting sales of advertising, accessories and home products, Maestri said in an interview, calling the units “pockets of weakness.”

“Fortunately, we have a very broad portfolio, so we know we’re going to be able to navigate that,” he added.

Parts shortages will continue to hamper Mac and iPad sales, Maestri said, though the impact has been easing. They cost Apple under $4bn in sales in the quarter ended June 25, less than it had forecast. Maestri said the company expects the hit to diminish further in the current quarter.

Citing the economic uncertainty, Apple said it was not providing specific revenue guidance. But it said sales compared to a year ago should rise faster in the current quarter than 2pc growth it posted in the just-ended quarter.

Overall, Apple said quarterly sales and profit were $83bn and $1.20 per share, above estimates of $82.8bn and $1.16 per share, according to Refinitiv data.

The rising US dollar has hit many companies such as Apple that generate substantial foreign revenue and are getting less cash back when they convert it. Apple said currency fluctuations slashed sales by 3pc in the June quarter and would crimp them by 6pc in the current quarter.