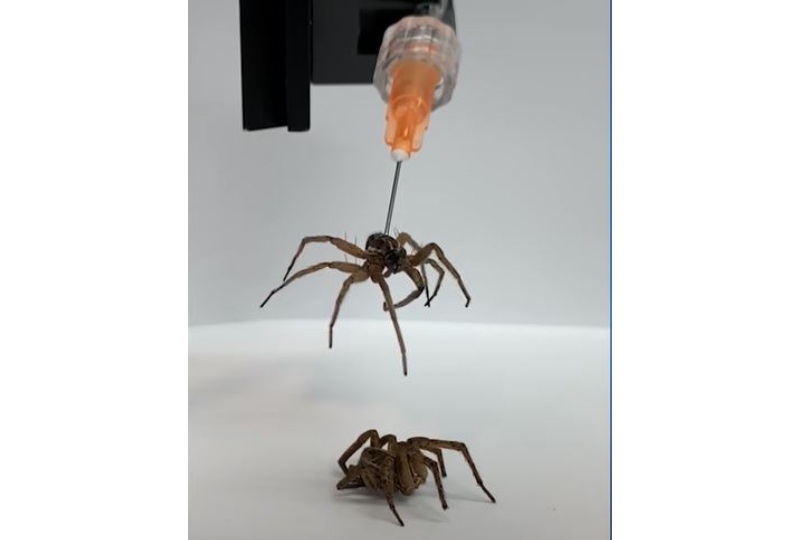 Taking the body of a dead spider and reanimating it as a robot might be the stuff of nightmares, or the plot to a B-grade sci-fi movie, but that's exactly what scientists at Rice University, Texas are doing.

A group of researchers recently created an arcade-style claw machine that could move dead wolf spiders along with other objects.

Necrobots, or mechanical arachnid grippers, are the result of researchers noticing a dead spider curled up in a ball in an engineering lab corner. When the scientists investigated why dead spiders' legs always end up being pulled tightly toward their abdomens, they discovered that spider joints were controlled by hydraulic pressure systems that fail when they die. The team then realised that they could reverse engineer this hydraulic system to hijack the spider's corpse and give it a second life as a machine.

By puffing air into wolf spider cadavers, the team found that all eight legs could be simultaneously straightened out and curled up again to create a grabbing motion that could then be used to lift up objects. Wolf spiders — a group that comprises nearly 2,400 species in the Lycosidae family — can carry objects much larger than themselves and have tiny hairs on their legs that give them extra grip. This means the necrobots could pick up a wide variety of objects, including delicate electrical components, irregularly shaped meshes and, yes, dead wolf spiders, the researchers explained in a new study.