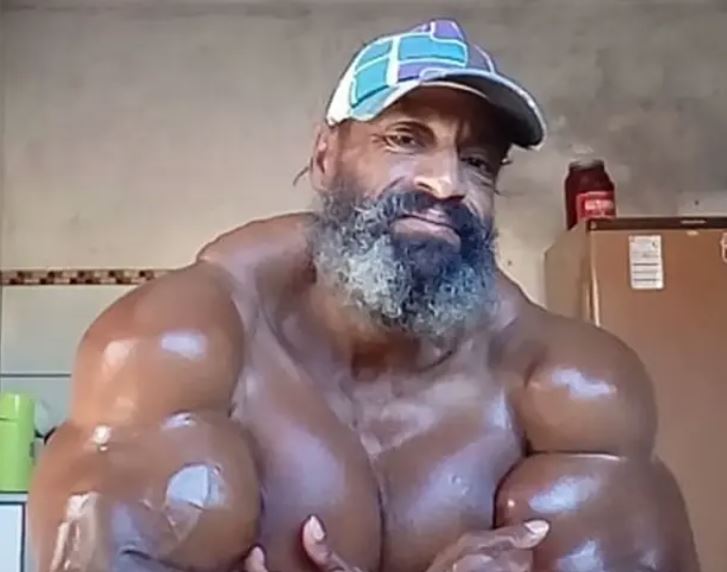 A popular Brazilian bodybuilder who injected himself with potentially fatal injections of Synthol (posing oil) for years has died on his 55th birthday.

Valdir Segato, who had previously revealed that his body inspirations were Arnold Schwarzenegger and fictional characters like The Hulk, had been risking strokes and infections, to get huge biceps, pectorals and back muscles.

“They call me Hulk, Schwarzenegger and He-Man all the time and I like that. I’ve doubled my biceps but I still want to be bigger,” he said in 2016, according to the Daily Mail.

Mr Segato, whose biceps grew up to 23 inches after he started injecting himself, had come to be known as “the monster” on the streets, a title that he was proud of.

He had been warned about the consequences of his actions six years ago, which included amputation, or at least nerve damage and muscle disfigurement.

The São Paulo native regularly posted images of his body transformation on social media and called himself “Valdir Synthol” on Instagram.

Although he had 1.7 million followers on TikTok, local media reported that he lived an isolated life with few friends or visitors.

Mr Segato, who used to be a scrawny teen became hooked on Synthol, a mixture of oil, benzyl alcohol and lidocaine, after being offered it at the gym.

He appeared to have died from a heart attack after being rushed to the hospital by the owner of his rental property.

Synthol's effects do not make the user any stronger and are purely used for aesthetic purposes.