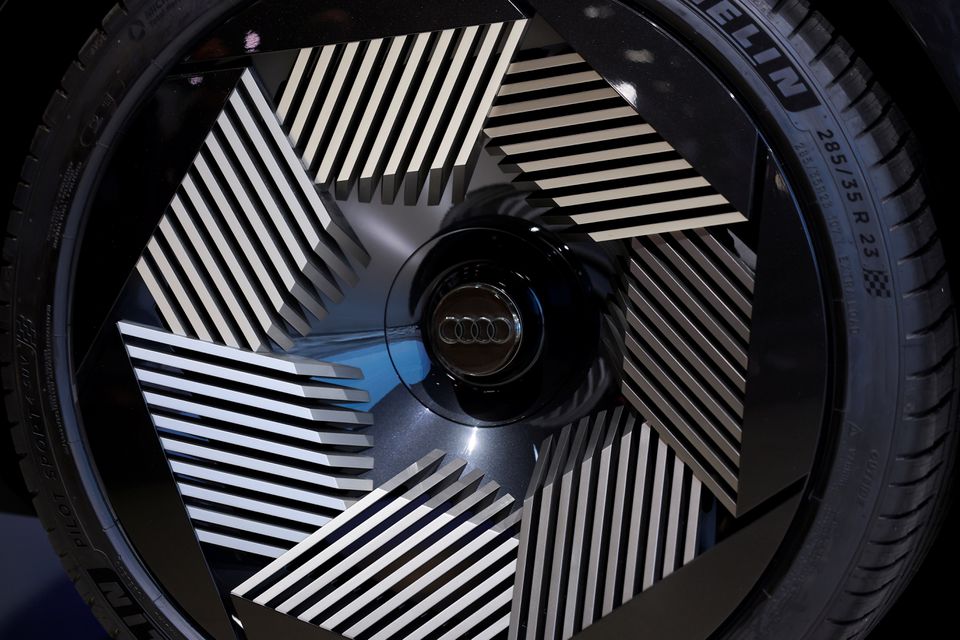 Audi of America, Kia Corp (000270.KS) and Porsche said on Friday that buyers of its electric vehicles will lose access to federal tax credits of up to $7,500 once President Joe Biden signs a $430 billion climate, health and tax measure.

The Volkswagen AG (VOWG_p.DE) unit said only the Audi plug-in hybrid electric will retain its existing federal credit through the rest of the year. Audi said the legislation set to be approved by the U.S. House of Representatives on Friday "will have consequential impact on our business and to our consumers."

The bill makes any electric vehicles assembled outside North America ineligible for tax credits, which has brought criticism from the European Union, South Korea and many automakers. read more The bill does allow credits for customers with binding contracts for vehicles not yet delivered when Biden signs the legislation.

Kia said in a letter to its U.S. dealers that the bill means all of its EV and plug-in vehicles will no longer qualify for tax credits once the bill is signed unless customers have written binding contracts.

Kia urged dealers to reach out to customers on waiting lists to enter into contracts before Biden signs the bill. The letter, which the company confirmed on Friday, called the "sudden change" in EV tax policy "very disruptive to our business and unfortunately for our customers."

VW-owned Porsche said on Friday that buyers of its electric Taycan and plug-in hybrid Cayenne and Panamera vehicles will also immediately lose eligibility once the legislation is signed.

"With respect to customers who placed vehicles on order and are still awaiting delivery, their credit eligibility depends on individual sales agreement, which is a matter between them and their independently owned and operated Porsche dealership," a Porsche Cars North America spokesperson said.

On Jan. 1, when the new bill's additional income and price caps and battery and critical mineral sourcing rules take effect, "none would qualify for the full credit when additional sourcing requirements go into effect," the group added.