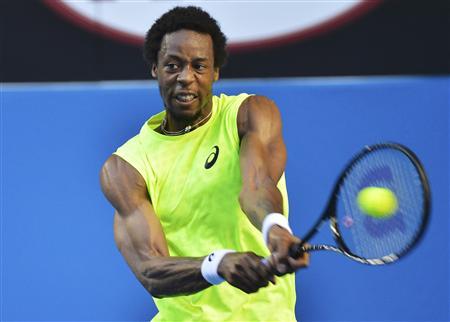 Gael Monfils has been ruled out of the US Open due to a foot injury the Frenchman suffered last week in Montreal, the world number 22 said on Wednesday.

The 35-year-old, who reached a career-high ranking of sixth in 2016, returned to the Tour last week for the first time since May after undergoing a small operation for a right foot injury.

He won two matches at the Canadian Masters last week before his injury problems resurfaced against Britain's Jack Draper and he was forced to retire mid-match.

Monfils, who reached the semi-finals of the 2016 US Open, flew back to Europe and said medical examinations have shown that he would not be able to participate at the year's final Grand Slam, the main draw of which starts on Aug. 29.

"I am forced to undergo a new period of treatment before being able to resume tournaments," he said on Twitter.