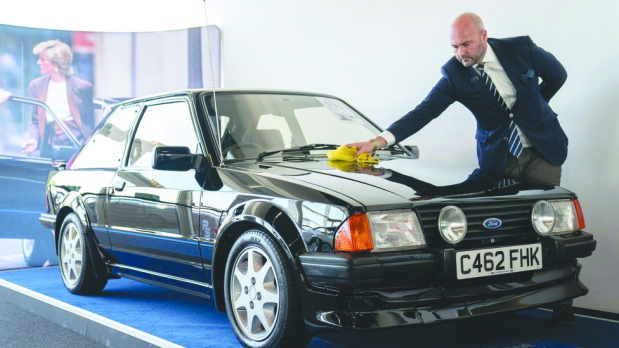 A Ford Escort RS Turbo Series 1 that was driven by the late Princess Diana fetched a whopping 724,500 pounds ($851,070) at an auction held at Britain’s Silverstone racing circuit yesterday.

The princess was often seen driving the car around Chelsea and Kensington and clocked up 10,944km in it before returning it to Ford. After the return, the car had multiple owners before making its way back to Ford, according to Silverstone website.

The website makes no mention of the auction winner.

The RS Turbo Series 1 was usually made in white but the royal family police guard asked for Diana’s to be painted black ‘for discretion’, the auctioneers said.

For the princess to drive the vehicle was ‘a very brave choice,’ Arwel Richards, classic car specialist at Silverstone Auctions, said.

Next week marks 25 years since Diana died, aged 36, when a limousine in which she was a passenger crashed in a Paris tunnel as it sped away from paparazzi giving chase on motorbikes.