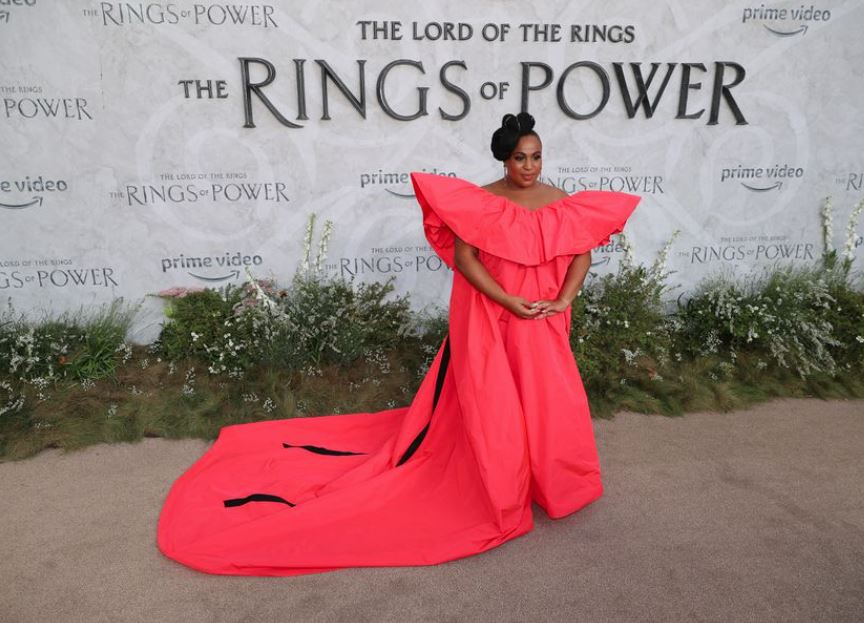 Sophia Nomvete arrives at the global premiere of The Lord of the Rings: The Rings of Power in London, Britain, August 30, 2022. (Image credit: Reuters)

After an inundation of racist attacks, Amazon Prime Video’s 'Lord of the Rings: Rings of Power' has released a statement on Twitter expressing that they refuse to ignore or tolerate the “racism, threats, harassment, and abuse” that some of their castmates of colour face daily.

When Black and brown cast members on 'Rings of Power' were announced earlier this year, they were met with immediate backlash based on the colour of their skin.

Claiming that the series is a misrepresentation of author J R R Tolkien’s Middle-earth, comments have emerged across social media rejecting the show’s diversity.

After receiving many negative comments following the show’s premiere, Amazon Prime disabled the option for audiences to comment due to review bombing suspicions.

The statement reads:“We, the cast of Rings of Power, stand together in absolute solidarity and against the relentless racism, threats, harassment, and abuse some of our castmates of colour are being subject to on a daily basis," it reads.

"We refuse to ignore it or tolerate it. JRR Tolkien created a world which, by definition, is multi-cultural. A world in which free peoples from different races and cultures join together, in fellowship, to defeat the forces of evil. 'Rings of Power' reflects that. Our world has never been all white, fantasy has never been all white. Middle-earth is not all white. BIPOC belong in middle-earth and they are here to stay."

It goes on to say, “Finally, all our love and fellowship go out to the fans supporting us, especially fans of colour who are themselves being attacked simply for existing in this fandom. We see you, your bravery, and endless creativity. Your cosplays, fancams, fan art, and insights make this community a richer place and remind us of our purpose. You are valid, you are loved, and you belong. You are an integral part of the LORT family -thanks for having our backs."

Closing with the elvish word "Namárië,” meaning “farewell,” the post has been met with mixed responses.

Some Twitter commenters have thanked the show for condemning racism while others suggest that 'Rings of Power' harassment is about the show’s poor quality, not its characters of colour.