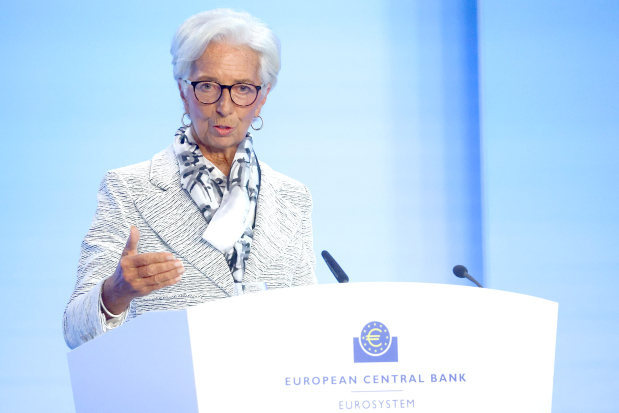 FRANKFURT: The European Central Bank raised its key interest rates by an unprecedented 75 basis points yesterday and promised further hikes, prioritising the fight against inflation even as the bloc is likely heading towards a winter recession and gas rationing.

With inflation at a half-century high and approaching double-digit territory, policymakers are worried that rapid price growth is getting entrenched, melting away household savings, thwarting investment and setting off a hard-to-break wage-price spiral.

Following up on a large July rate hike, the ECB raised its deposit rate to 0.75 per cent from zero and lifted its main refinancing rate to 1.25pc, the highest level for both since 2011, with moves promised for the next several meetings.

Still, the ECB is trailing many of its peers, particularly the U.S. Federal Reserve, in raising interest rates and some analysts see the oversized steps since July as an attempt to catch up.

“We expect to raise interest rates further, because inflation remains far too high and is likely to stay above our target for an extended period,” ECB chief Christine Lagarde said, adding that yesterday’s decision was unanimous.

“We think it will take several meetings,” she said. “How many is several? It’s probably more than two, including this one, but it’s probably also going to be less than five,” Lagarde said, suggesting that rate hikes could continue into early 2023.

Policymakers had for weeks oscillated between a 50 and a 75 basis-point increase, but another jump in both headline and underlying inflation likely settled the debate with Lagarde repeatedly arguing that the current high level was simply unacceptable.

When asked about future moves, Lagarde said 75 basis points is not the norm and future moves could be smaller but she also declined to rule out a similarly large move in the future.