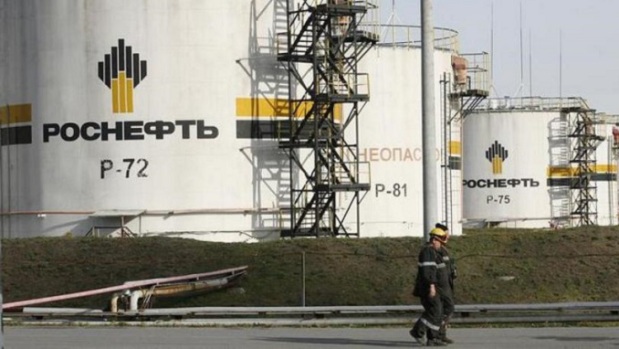 BERLIN: Germany yesterday took control of a major Russian-owned oil refinery, risking retaliation from Moscow as Berlin strives to shore up energy supplies and meet its European Union commitment to eliminate Russian oil imports by the end of the year.

The economy ministry said it was putting a unit of Russian oil firm Rosneft under the trusteeship of the industry regulator and taking over the business’ Schwedt refinery, which supplies 90 per cent of Berlin’s fuel.

“This is a far-reaching energy policy decision to protect our country,” Chancellor Olaf Scholz told a news conference to present the government’s plans to put the Schwedt refinery under the control of the Federal Network Agency regulator.

The plans included a “package for the future” with more than one billion euros ($996.10 million) in federal and state government investments over several years in eastern German states, with 825m euros earmarked for Schwedt alone.

“Russia, we have known for some time, is no longer a reliable energy supplier,” Scholz said. “We did not take this decision lightly, but it was unavoidable.”

Governments across Europe have been racing to prop up their power providers and secure fuel deliveries as they ratchet up sanctions on major supplier Russia over its invasion of Ukraine.

Moscow has retaliated by reducing gas flows and has threatened to shut off all the taps, sending prices soaring and raising the prospect of energy rationing in Europe this winter.

The Schwedt refinery has posed a dilemma for Berlin for several weeks, as it has received all of its crude from Russia, but Germany is resolved to eliminate imports of oil from Russia by the end of the year under European Union sanctions.

Taking over Schwedt, however, risks retaliatory measures from Moscow. Scholz said Germany had gamed out a possible sudden stop in crude supplies from Russia, adding: “That is why we are prepared.”

A policy document released by Berlin yesterday showed that it is in talks with the government of Kazakhstan on securing oil deliveries for Schwedt.

Poland said earlier this year that ending Russian ownership of the refinery was a condition for potentially supplying it with seaborne oil via a terminal in Gdansk and via Polish pipelines to replace Russian crude.

Under yesterday’s deal, Rosneft Deutschland, which was majority owned by the Russian oil group and accounts for about 12pc of German oil processing capacity, is being placed under the trusteeship of the Federal Network Agency.

The regulator said the original owner no longer had authority to issue instructions.

Rosneft Deutschland and Rosneft did not immediately respond to requests for comment.

Polish refiner PKN Orlen is interested in taking a controlling stake in the Schwedt refinery, which is Germany’s fourth-largest and also supplies parts of western Poland, sources in Berlin and Warsaw familiar with the matter said.

Asked about the Polish interest, Scholz replied: “At the moment, we’re doing a trusteeship.”

Shell, which owns a 37.5pc stake in Schwedt, has wanted to sell that for some time. Shell said yesterday it was “unaffected” by the German move to take control of the refinery.

Germany’s move on Rosneft Deutschland is its latest attempt to stabilise the energy market.

The government said this week it would step up lending to companies at risk of being crushed by soaring gas prices, and power utility Uniper said the state could take a controlling stake, adding a government rescue package worth 19bn euros was no longer enough.

The government has also put SEFE, formerly known as Gazprom Germania, under trusteeship after Russian energy giant Gazprom ditched it in April.

Berlin is grappling with Russia’s move to halt flows of gas through the Nord Stream 1 pipeline, which had been the biggest gas supply route powering Europe’s biggest economy.

As a result of yesterday’s decision, the Federal Network Agency will also take Rosneft Deutschland’s shares in the MiRo refinery in Karlsruhe and Bayernoil refinery in Vohburg.