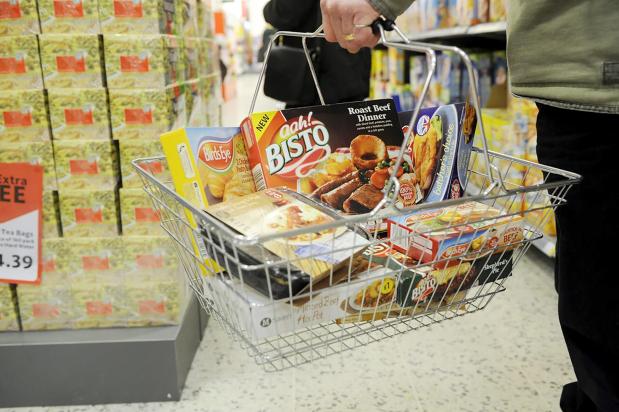 WASHINGTON: Stubbornly high inflation has Wall Street worried that the Federal Reserve will respond by raising interest rates until the US tumbles into recession, taking the weakening global economy with it.

While analysts say the US economy grew in the third quarter, signs of trouble are multiplying, here and abroad. Higher mortgage rates are chilling the US housing market; energy shortages are hurting German factory output; and recurring coronavirus lockdowns are hobbling Chinese businesses.

The Fed and other central banks are tightening credit to fight historically high inflation even as three of the world’s main economic engines – the US, Europe and China – are sputtering. With the US and other governments also reducing spending on pandemic relief measures, the global economy is getting less support from policymakers than at almost any time in 50 years, the World Bank said in a new report that warned of rising global recession risks.

Central banks, meanwhile, are engaged in the most aggressive campaign of rate increases since the late 1990s, according to Citigroup. This month, central banks in Europe, Canada, Australia and Chile have raised rates, and the Fed is expected to do so for the fifth time since March at its meeting next week.

Some economists fear that the world’s central bankers are misreading the global economy in their rush to raise rates, just as they did – in the opposite way – last year when they insisted inflation would prove temporary and resisted acting. The cumulative effects of multiple countries tightening credit at the same time could strangle global growth.

The Fed’s rate increases are driving the dollar up against other major currencies, which makes imported goods less expensive for Americans, while making it harder for people and businesses in other countries to afford products made outside their borders.

Major oil importers such as Tunisia have been especially hard hit, since crude is priced in dollars. The stronger greenback also hurts developing nations that have large dollar debts. As their local currencies lose value against the dollar, it takes more Turkish lira or Argentine pesos to make debt payments.

Despite raising its benchmark lending rate by two-and-a-half points since March, the Fed has been unable to slow the economy enough to take the pressure off prices. On Thursday, initial jobless claims fell for the fifth straight week, in the latest sign that the labour market remains too hot for the central bank’s comfort.

Though strong hiring is good news for American workers, many economists have said that unemployment will need to increase before inflation cools.

The Labour Department’s report this week that consumer prices in August were 8.3 per cent higher than one year ago – little changed from 8.5pc in July – disappointed investors.

Some analysts expect the Fed to keep raising beyond the 3.8pc level that policymakers suggested in June would complete their anti-inflation work. On Friday, economists at Deutsche Bank said the Fed’s benchmark lending rate could hit 5pc next year – roughly twice the current level.

Wall Street firms such as Oxford Economics this week said the Fed will hit the brakes hard enough to corral prices even if it sends the US into a brief downturn.

“Higher-for-longer inflation, more aggressive Fed monetary policy tightening and negative spillover effects from a weakening global backdrop will combine to push the US economy into a mild recession,” the firm said in a note to clients.

Since 1981, the US and global growth have largely moved in tandem, according to Citigroup research. In each of the four global recessions since 1980, the US – which accounts for roughly one-quarter of world gross domestic product, or GDP – slowed either right before the global economy fell into a slump or at the same time.

The IMF said this summer that the global economy was in danger of slipping into recession as a result of aftershocks from the war in Ukraine, the pandemic and inflation. The IMF alarm followed a World Bank warning of the risk of global “stagflation,” a toxic combination of persistently high prices and anaemic growth.

The big worry is Europe, which is struggling to adjust to the loss of Russian natural gas supplies. Moscow reacted to European sanctions after the invasion of Ukraine by slashing shipments of natural gas to Europe by roughly 75pc, according to Barclays.

As energy prices soared, consumers and businesses on the continent felt the pinch. After years of holding borrowing costs below zero, the European Central Bank has raised rates twice since July to curb inflation that tops 9pc – and plans more such moves despite a weakening economy.