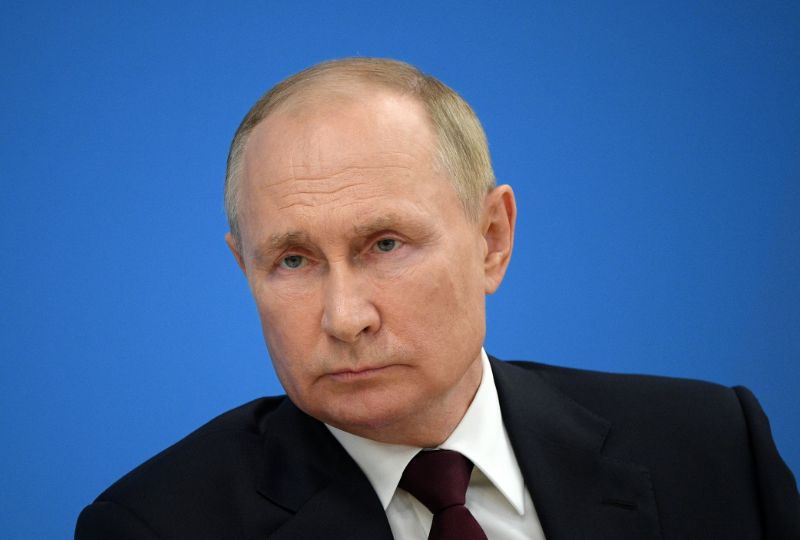 KYIV/NEW YORK: Some draft-age Russians headed abroad on Thursday to escape their country's biggest conscription drive since World War Two, while explosions shook southeastern Ukraine on the eve of referendums planned there by pro-Moscow separatists.

Though polls have suggested widespread domestic backing for Russia's intervention in Ukraine, mass conscription may be a domestically risky move after past Kremlin promises it would not happen and a string of battlefield failures in Ukraine.

"Every normal person is (concerned)," said one man, identifying himself only as Sergey, disembarking in Belgrade after a flight from Moscow. "It is OK to be afraid of the war."

Anti-war protests in 38 Russian cities saw more than 1,300 people arrested on Wednesday, a monitoring group said, with more planned for the weekend. Some of the detainees had been ordered to report to enlistment offices on Thursday, the first full day of conscription, independent news outlets said.

Putin's defence minister has said the call-up is intended to enlist about 300,000 men.

Prices for air tickets out of Moscow soared above $5,000 for one-way flights to the nearest foreign locations, with most sold out for coming days. Traffic also surged at border crossings with Finland and Georgia.

One Russian man arriving at Istanbul Airport said he left partly over the Kremlin's decision. "It can lead to lots of problems for lots of Russians," said Alex, grabbing his suitcase at a baggage carousel.

Russia scoffed at reports of a mass exodus as exaggerated.

National airline Aeroflot said it would refund people unable to fly as planned because they had received a call-up.

"A crime has been committed against Ukraine, and we demand just punishment," Zelenskiy, dressed in his trademark green military T-shirt, said by video on Wednesday.

The 15-member Security Council meets again over Ukraine later on Thursday. It has been unable to take significant action on Ukraine because Russia is a permanent veto-wielding member, along with the United States, France, Britain and China.

On the ground, Russia's military fired nine missiles on the city of Zaporizhzhia, hitting a hotel and a power station, said regional governor Oleksandr Starukh. At least one person died with others trapped under rubble, he said. Zaporizhzhia is about 50 km (31 miles) from the nuclear plant of the same name.

In the Russian-held southern city of Melitopol, also in the Zaporizhzhia region, a blast hit a crowded market. The city's exiled mayor said it had killed three soldiers and was staged by occupying forces to accuse Ukraine of terrorism, while a member of the Russian-installed local administration accused Ukrainian special services of trying to cause chaos on the eve of a vote.

Pro-Moscow regional leaders announced referendums on joining Russia from Friday until Sept. 27 in Luhansk, Donetsk, Kherson and Zaporizhzhia provinces - around 15% of Ukrainian territory.

Ukraine and its allies have denounced that as a "sham" to try and legitimise an illegal land grab.

In further violence, Russian-installed separatists said that at least six civilians had been killed and six more injured in a missile strike on a market in the centre of Donetsk on Thursday.

A Reuters reporter saw five dead bodies, including that of a teenager, and several wounded people.

Putin says Russia is carrying out a "special military operation" to demilitarise Ukraine, rid it of dangerous nationalists and defend Moscow from transatlantic alliance NATO. Kyiv and the West call Russia's actions an unprovoked, imperialist move to reconquer a country that shook off Russian domination with the 1991 break-up of the Soviet Union.

Moscow does not fully control any of the four regions it is apparently seeking to annex, with only around 60% of Donetsk and 66% of Zaporizhzhia regions held by its forces.

Ukraine extended its hold on recaptured northeastern territory earlier this week as troops marched farther into areas abandoned by Russia, paving the way for a potential assault on occupation forces in the Donbas industrial heartland.

Former Russian president Dmitry Medvedev, now deputy chairman of the national security council, said Moscow reserved the right to use strategic nuclear weapons if necessary to protect itself and any incorporated territories.

Russia and Ukraine carried out an unexpected prisoner swap on Wednesday, the largest since the war began and involving almost 300 people, including 10 foreigners.

"We're now out of the danger zone and on our way home to our families," one of those whom Russian forces released, Britain's Aiden Aislin, said in a video from a plane posted on social media. "By the skin of our teeth," added also-released compatriot Shaun Pinner beside him.

Both men had been sentenced to death by a court in the Russian-backed breakaway region of Donetsk.

In Uzbekistan, where many move or travel to Russia for work, authorities warned of prosecution for citizens joining foreign armies. Russia offered fast-track citizenship to those who sign up and Ukraine said it had captured Uzbeks fighting for Putin.

Russian anti-war protest movement Vesna (Spring) called for more protests on Saturday. "In the end, getting a fine or a few days of arrest is better than getting a funeral," it said.