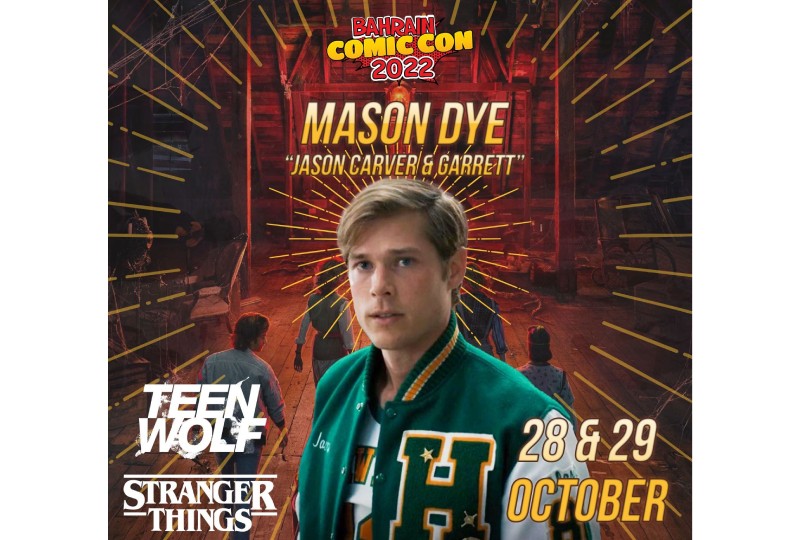 (Photo credit: @bahraincomiccon)
Mason Dye, popularly known for his roles in Teen Wolf, Flowers in the Attic and the hit Netflix show Stranger Things has been announced as an upcoming guest in Bahrain ComicCon 2022. The American actor rose to fame in 2014 with a starring role as Christopher Dollanganger in the movie, ‘Flowers in the Attic’, then went on to guest star as Garrett in teen drama, ‘Teen Wolf’ .