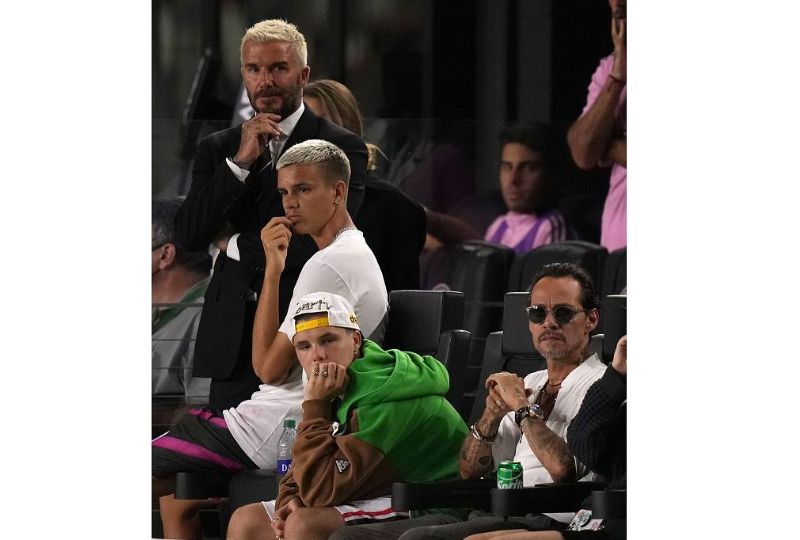 FLASHBACK: Fort Lauderdale, FL, USA; (From left to right) Inter Miami CF owner David Beckham and his sons Romeo Beckham and Cruz Beckham watch the match between the Inter Miami CF and the CF Montreal with recording artist Marc Anthony during the second half at DRV PNK Stadium. (Reuters Photo)

Romeo Beckham, the son of David Beckham, is training with Brentford’s B team, the UK’s Telegraph reported.

The 20-year-old is contracted to Inter Miami, the club co-owned by his father, but is currently in England and has been invited to spend some time at the Premier League side.

Their season ended last month, with Beckham finishing the 2022 regular campaign as the joint-top assist provider in the division. In 20 appearances, the winger provided 10 assists, along with two goals.

In July, he scored a long-range free-kick that was remarkably reminiscent of his father. From around 30 yards, left of centre, he curled the ball over the wall and into the corner of the net (watch video below).

OFF THE SET PIECE!

Romeo Beckham scores his first goal of the season from distance! 🎯 pic.twitter.com/5qRGnF0bEM