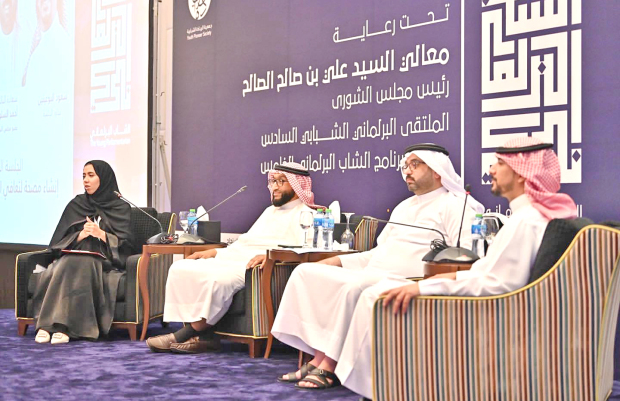 Rehabilitation centres for women with drug addiction should be set up to cater to citizens, residents and medical tourists, it has been proposed.

The idea was mooted by a team of young Bahrainis who took part in a six-month advanced democracy education course by the Young Parliamentarian Forum organised by the Youth Pioneer Society.

The topic of a special rehab centre for women drug addicts was discussed during a panel session of the forum at the Diplomat Radisson Blu Hotel and Spa.

“There is no facility in Bahrain dedicated to treating female drug addicts,” said participant Amina Al Naar who led the team that came up with the suggestion.

“During our research on this topic, we found that all ministries and non-governmental organisations agreed that the only help women can get is limited to doctors’ consultations.”

“Besides helping out a group of people who need help, these rehabilitation centres could also earn revenue by admitting patients from neighbouring countries.”

All three panel members agreed with the need for a special rehab centre, sharing their own expertise.

“Many people owe their recovery to Taafi. However, it is only available for men at the moment; women need the same kind of support.

“Taafi has an agreement with Salmaniya Medical Complex’s psychiatric medicine directorate concerned with referring female patients to them.

“Unfortunately, there are no local statistics for the number of women addicts, so it is difficult to measure the need for it.”

Mr Al Salloom said that foreign statistics show that women comprise a third of the addicted population, but numbers may be different in this region.

Mr Al Alawi added that the Taafi facility in Hidd can treat up to 40 individuals at a time.

“All of the patients’ needs are satisfied and they go through a three-month programme for free. It costs the association BD10,000 a month to treat the 40 people.”

The drug recovery expert said that despite the high cost the same services should be extended to women following his project’s success.

Ms Al Naar said the new centre could face challenges, such as the varying needs between men and women.

“The centre would require an all-female medical team,” she said.

Meanwhile, Mr Al Salloom said the core problem needed to be addressed: How do men and women become addicted in the first place.

In 2021, Bahrain launched the second edition of the National Plan to Combat Narcotics and Psychotropic Substances to contribute to the success of the first edition launched in 2015.