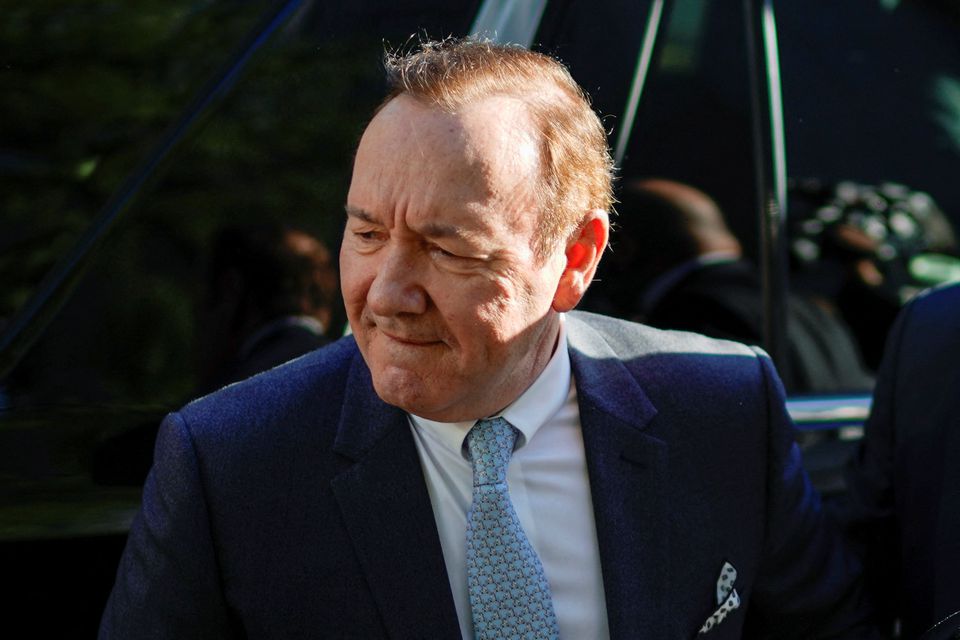 Kevin Spacey on Thursday defeated a sexual abuse case against him after jurors in a Manhattan civil trial found his accuser didn’t prove his claim that the Oscar winner made an unwanted sexual advance on him when he was 14.

Anthony Rapp, now 50, testified that Spacey climbed on top of him on a bed and pressed his groin into Rapp’s hip until he was able to wriggle free. Spacey denied the allegation on the stand and said he had never been alone with Rapp.

A tearful Spacey, the former star of the Netflix US political drama "House of Cards," emerged in the hall outside the courtroom briefly but went back inside. He declined to answer reporters' questions upon leaving.

"What's next is Mr Spacey is going to be proving that he's innocent of anything he's been accused of," Keller said.

Spacey faces a criminal trial in London next year after pleading not guilty to five sex offense charges over alleged assaults between 2005 and 2013.

Keller argued during her closing arguments that Rapp's story was a fabrication. She advanced several theories for why Rapp might have lied, including a desire for attention or jealousy of Spacey's acting success.

"Mr Rapp is getting more attention in this trial than he has in his entire acting life," Keller said.

During closing arguments, Rapp’s lawyer urged jurors to discredit Spacey’s memory of the events. “It’s inconsistent. It's not worthy of your belief,” the lawyer, Richard Steigman, said, citing what he claimed were gaps in Spacey's memory and changes in his recollection. Steigman declined comment following the verdict.

Spacey won Oscars for performances in "American Beauty" and "The Usual Suspects," but his career largely ended after more than 20 men accused him of sexual misconduct.

Netflix dropped him from "House of Cards" and Christopher Plummer replaced him in the role of J. Paul Getty in "All the Money in the World" weeks before the movie's scheduled release in 2017.

Spacey's defence challenged Rapp's memory of the 1986 encounter, asking why he described it as having taken place in a bedroom when Spacey lived in a studio at the time.

Keller argued that Rapp's recollection of his encounter with Spacey closely resembled a scene in the play Rapp was acting in at the time, in which an older male actor lifts him up and places him on a bed.

The trial in Manhattan federal court began on Oct. 6, just under five years after Spacey's career was upended by sexual misconduct allegations in the early days of the #MeToo movement, which encouraged women to speak out about sexual abuse by famous and powerful people. Men also came forward with claims of abuse.

Spacey has denied any misconduct.

Keller urged jurors to ignore the sexual politics of the case.

"This isn’t a team sport where you’re either on the MeToo side or the other side," Keller said.

Rapp sued Spacey for battery and intentional infliction of emotional distress in November 2020.

During the trial, Judge Lewis A. Kaplan dismissed the emotional distress claim but allowed the rest of the lawsuit to proceed.

Spacey was charged with indecent assault in Massachusetts in 2018 over allegations he sexually abused an 18-year-old man at a Nantucket bar in 2016, but prosecutors in 2019 dropped the charges after the alleged victim refused to testify.