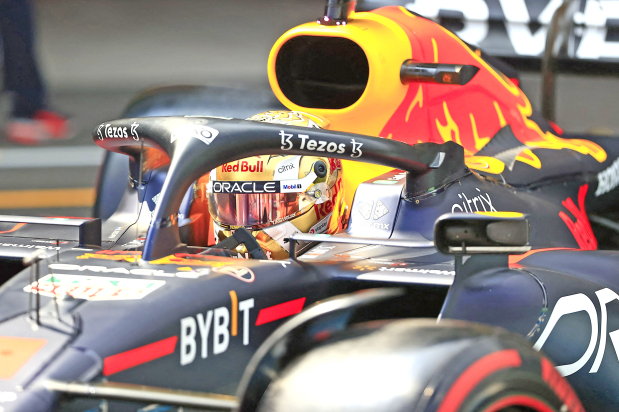 DOUBLE Formula One world champion Max Verstappen put his Red Bull on pole position for the Mexico City Grand Prix last night with George Russell joining him on the front row for Mercedes.

Seven-times world champion Lewis Hamilton was fastest in the first two phases of qualifying but ended up third on the grid for Mercedes after his first flying lap in the top-10 shootout was deleted.

Mercedes set the pace in final practice earlier with Russell edging out fellow Briton and seven-times world champion Hamilton at the top of the timesheets.

Russell lapped the high-altitude Autodromo Hermanos Rodriguez with a quickest lap of one minute 18.399 seconds, 0.144 faster than Hamilton.

Verstappen was third quickest in a bright and sunny session but 0.477 off Russell’s time.

Both titles have been decided, with Red Bull taking the constructors’ championship in Austin last weekend with three races to spare and Verstappen retaining his drivers’ crown at the previous round in Japan.

There is still plenty at stake. Verstappen has his eyes on a Formula One record with a 14th win of the season while team mate Sergio Perez, fifth in Saturday’s session, can become the first Mexican to win his home race.