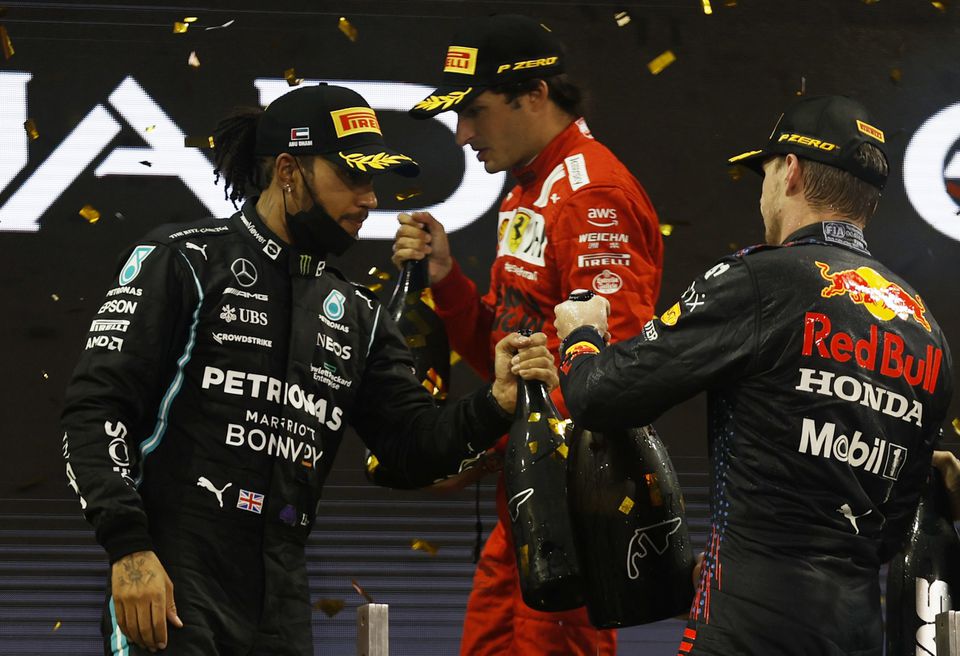 Lewis Hamilton has one more chance to avoid his first Formula One season without a win and it comes on Sunday in the place where last year he suffered one of the biggest blows of his career.

The return to Abu Dhabi, where in 2021 Hamilton missed a record eighth title after a controversial late change to the safety car procedure while he was leading, offers the opportunity to end 2022 on a high.

The prospects look a lot brighter with Mercedes ending their season-long blank in Brazil last weekend with George Russell's breakthrough win.
A five times winner at Yas Marina, where Red Bull's Max Verstappen has won for the last two years, Hamilton still faces a big challenge and will not want or be expecting any special treatment from his team.

"Lewis doesn't need any prioritisation and it's not what he ever would want," team boss Toto Wolff told reporters after Sunday's race at Interlagos when asked about the record and any help that might be given.

"I think he mentioned before that this race record of winning a race in every single season is less of a priority for him.

Hamilton took only six races in his debut 2007 season to become a winner and has won at least once in every campaign since then.

No other driver can claim such an achievement although seven times world champion Michael Schumacher, who debuted in 1991 and finally retired in 2012, also won a race for 15 years in a row from 1992 to 2006.

"I'm not focused on the record but of course, I'm trying to get that win this year," Hamilton said in September.

"The record is not important to me, just because I don't really care about records in general."

The 37-year-old has finished second in his last three races and Mercedes have come a long way since the start of the season when their drivers were wrestling with a bouncing and uncompetitive car.

"It's still work in progress but we've had a good upgrade that we brought to Austin, we were solid in Mexico and now in Brazil which wasn’t the track we expected to be super-competitive we actually out-performed everyone," said Wolff.

"That shows that we are getting there in understanding how to unlock the performance in the car and that is a good indication for next year.

"We have seen the positive trend over the last three races. Are we back at the domination (level)? No, we are not. I think Abu Dhabi on paper is much more difficult for us."