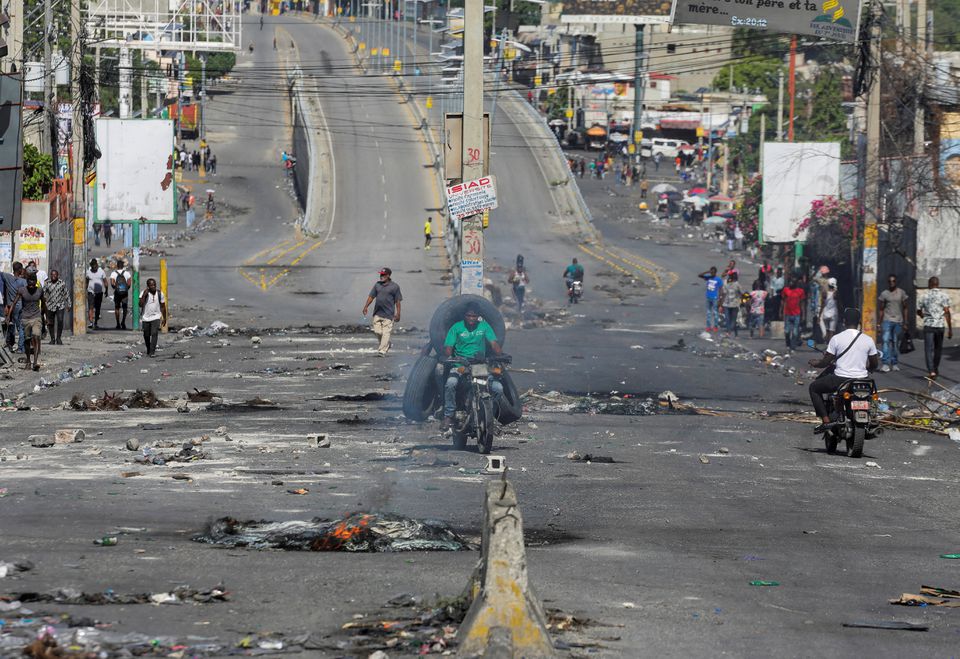 People pass through an empty street with remains of barricades during a nationwide strike against rising fuel prices, in Port-au-Prince, Haiti September 26, 2022. (Reuters Photo)

BRASILIA - Brazil's incoming government is unlikely to provide military assistance to Haiti despite calls for an international force to confront gangs, two officials said, noting that a prior military intervention did not yield lasting improvements.

The United Nations last month discussed sending a strike force to Haiti to reopen a fuel terminal that had been blockaded by gangs. Police took back control of the terminal this month and fuel distribution has resumed, but kidnappings are again on the rise and gangs continue to expand their territory.

"Any Brazilian participation would be difficult, overall in a multinational force," said Celso Amorim, a foreign policy advisor to President-elect Luiz Inacio Lula da Silva, who takes office on Jan. 1.

Amorim noted that Brazil's military participation in the MINUSTAH UN peacekeeping force, which operated in Haiti from 2004 to 2017, was widely unpopular at home and that Haiti's security situation was worse after the mission than before.

"We made an enormous effort that brought us a lot of problems, even internally," he said in a telephone interview. "We saw no engagement from the international community."

The US embassy made some informal contacts in recent weeks to ask whether Brazil would be willing to participate in a strike force, according to a second Brazilian official.

That official, who asked not to be identified, also believed Brazilian participation in such a force was unlikely.

The government of Brazilian President Jair Bolsonaro has not commented on any possible participation in a Haiti military operation.

The foreign ministry did not immediately respond to a request for comment.

A US State Department spokesperson declined to comment when asked whether the United States sought Brazilian support for a Haiti strike force.

Fuel shortages that began with the blockade in mid-September crippled most economic activity, forcing businesses and hospitals to shut their doors.

At a UN Security Council meeting in October, the United States and Mexico proposed a multinational strike force to reopen the terminal, but did not say which countries would provide troops for such an operation.

The United States and the United Nations have proposed medium-term plans to strengthen the Haitian National Police.