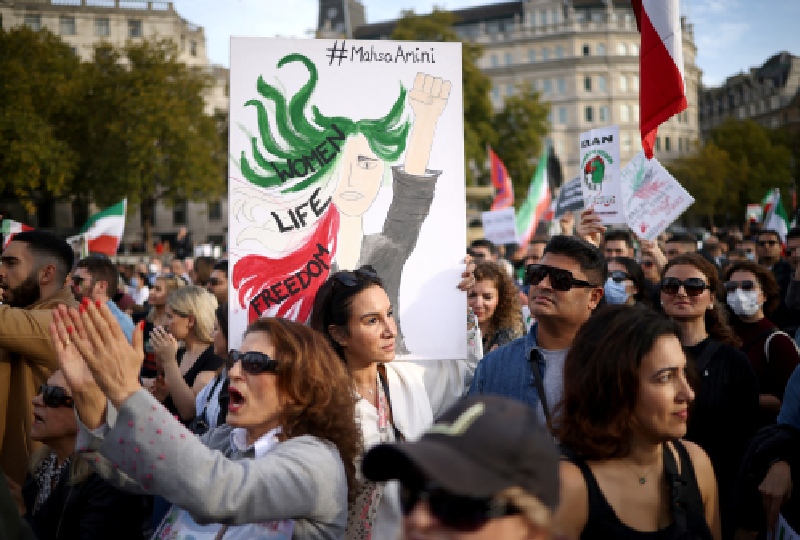 Nationwide protests, sparked by the death of 22-year-old Iranian Kurdish woman Mahsa Amini in September in the custody of morality police, have been at their most intense in the areas where the majority of Iran’s 10 million Kurds live.

Videos on social media showed a convoy of military vehicles with heavily armed troops, purportedly in the western city of Mahabad. The sounds of heavy weaponry could be heard in several other videos.

“Disturbing news is emerging from the Kurdish areas, especially from Mahabad ... pressure and crackdown will lead to further dissatisfaction. Officers should refrain from shooting at people,” Abdolhamid tweeted. Hengaw said at least four protesters were killed in the Kurdish area. The widely-followed activist account 1500Tasvir said a 16-year-old student and a school teacher were killed in the Kurdish city of Javanrud. The details could not be independently confirmed.

Protests have stretched into a third month despite violent state clampdown and death sentences issued for at least six protesters. One more person was sentenced to death yesterday in Tehran, Mizan online agency reported.

HRANA said 410 protesters had been killed in the unrest as of Saturday, including 58 minors. Some 54 members of the security forces were also killed, it said, adding that more than 17,251 people have been arrested.