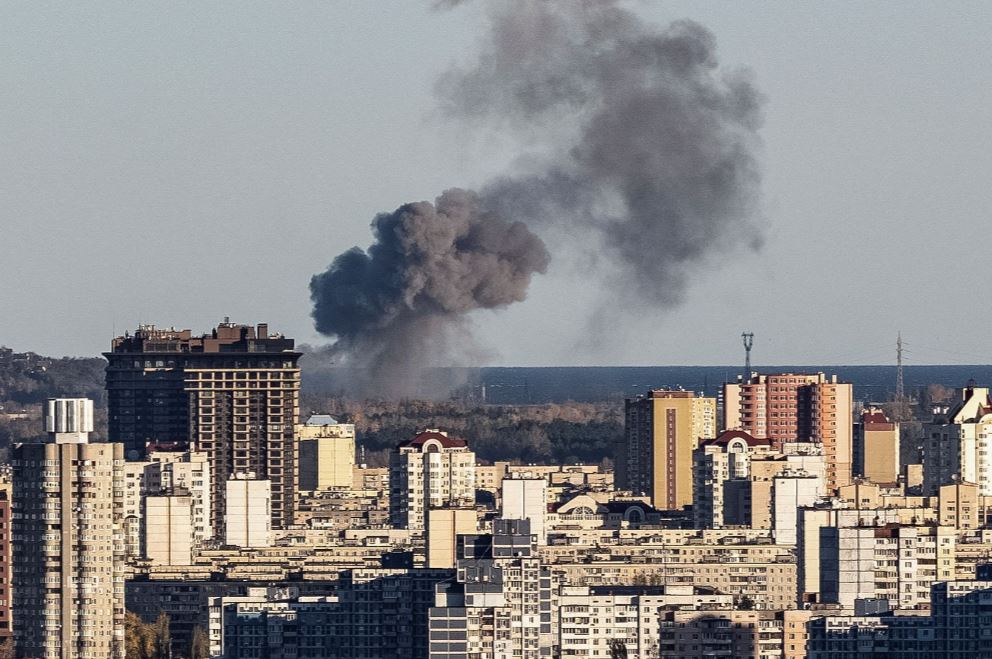 KYIV - Russia launched new missile strikes on Ukraine on Wednesday, hitting at least one critical infrastructure target in Kyiv as explosions echoed through the outskirts of the capital.

An air raid alert was issued across all Ukraine and Ukrainian media carried reports of air defence systems in action in several parts of the country. There were no immediate reports of casualties.

He gave no details of what infrastructure was hit. But Russian forces have increasingly targeted Ukrainian critical infrastructure in recent weeks as they faced setbacks on the battlefield following their Feb. 24 invasion.

Russian attacks have knocked out power for long periods for up to 10 million consumers at a time. Ukraine's national power grid operator said on Wednesday more blackouts would be necessary across the country.

Ukrainian officials said a newborn baby had been killed in a Russian missile attack that hit a maternity hospital in the city of Vilniansk in southeastern Ukraine earlier on Wednesday.