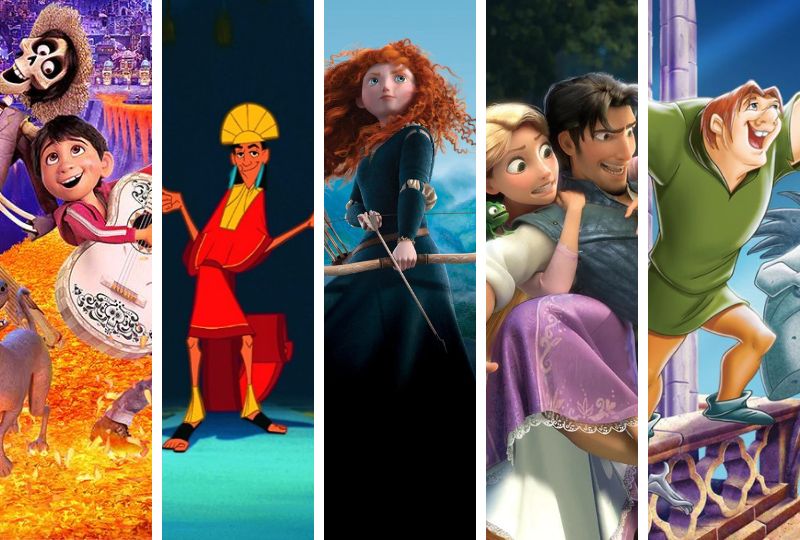 As the world celebrates the life and legacy of American animator Walter Elias Disney today, here are some underrated Disney animated films that everyone must watch.

A heart-warming tale of Quasimodo, a deformed bell-ringer of the Notre Dame Cathedral in Paris, breaking free from his tyrannical guardian in order to help his friend Esmeralda, a gypsy dancer.

A story of loyalty and friendship when the canine star of a fictional sci-fi action show, that believes his powers are real, embarks on a trek across America to save his co-star from a threat he believes is real.

In a world where technological advances have made magic obsolete, two elven brothers set out on a quest to resurrect their late father for a day, weaving a moving tale of how deep family ties run.

In a film that encourages one to be proud of their roots and family’s legacy, a young boy pursues his love for singing in spite of his family's ban on music. He accidentally stumbles into the Land of the Dead, where he learns of his great-great-grandfather who was a legendary singer.

Flik, an inventor and a misfit, recruits an inept circus troupe of bugs as “warriors” to save his colony from greedy grasshoppers who steal their food every year in a tale that inspires us to embrace our oddities.

An entitled and arrogant emperor who gets turned into a llama by his advisor attempts to regain his throne with help of a humble llama herder, in an inspiring story of unlikely friendships.

A defiant Princess Merida, determined to make her own path in life, rebels against tradition that unleashes a beastly curse on her mother. In a touching account of complicated family relationships, Merida relies on her bravery and her archery skills to free her mother.

Naive and sheltered Rapunzel, locked up in a tower her whole life, discovers the outside world for the first time with the help of a good-hearted thief in an uplifting portrayal of self-discovery and finding one's place in the world.