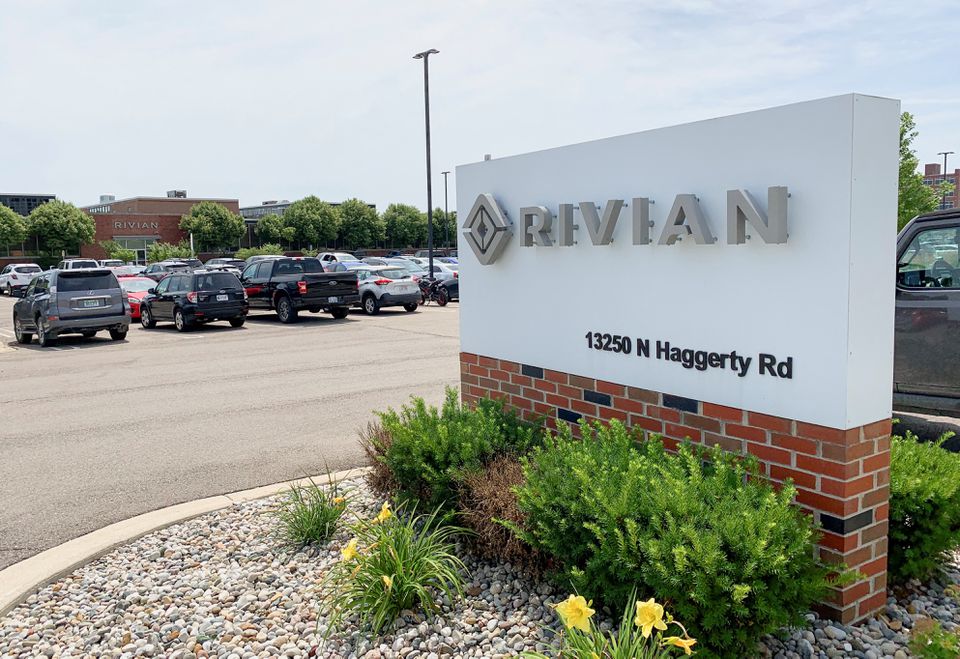 A Rivian Automotive sign outside the electric truck maker's facility, in Plymouth, Michigan, US (Reuters Photo)

Rivian Automotive Inc said on Monday it is pausing its joint venture with Mercedes-Benz Vans, just three months after the companies entered a partnership to make electric vans in Europe.

The electric vehicle maker said it will focus on its consumer and existing commercial business as it tries to become cash flow positive in its US operations.

"The pausing of this partnership reflects our process of continually evaluating our major capital projects, while taking into consideration our current and anticipated economic conditions," Rivian Chief Financial Officer Claire McDonough said in a statement.

Rivian is in a crowded field of startups trying to cash in on demand for electric commercial vans under pressure from established automakers including Ford and General Motors.

In September, Mercedes-Benz Vans and Rivian signed a memorandum of understanding to produce electric vans in a factory in Poland, Hungary or Romania within the next few years, under the 50-50 joint venture.

Rivian's commercial business includes the automaker's RCV platform that underpins the Amazon.com Inc van that Rivian is building in Illinois. The company has a contract to supply 100,000 electric delivery vans to Amazon, its biggest investor.

Like other EV makers, supply-chain disruptions have also pressured Rivian, forcing the company earlier this year to cut its production forecast by half to 25,000 vehicles.