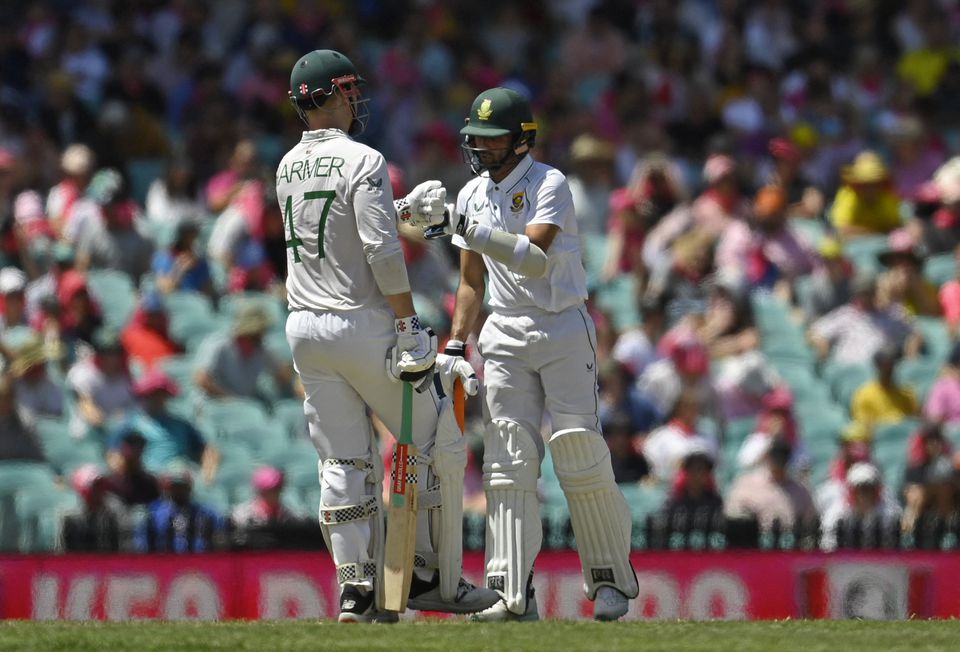 SOUTH Africa dug deep to deny Australia a 3-0 series sweep with a battling draw in the rain-disrupted third Test at the Sydney Cricket Ground yesterday, finally finding some fight on the final day of a miserable tour.

The hosts, who declared on 475-4 on Saturday to try and force a result, dismissed South Africa for 255 in their first innings after lunch and enforced the follow on, but came up short in their bid to bowl out the tourists again.

Sarel Erwee and Temba Bavuma guided the Proteas to stumps on 106 for two to enable the tourists to take something out of the series after they were thoroughly outclassed in the first two matches in Brisbane and Melbourne.

Remarkably, it was the first draw in 47 Tests for South Africa going back to a match against New Zealand in Hamilton in March 2017.