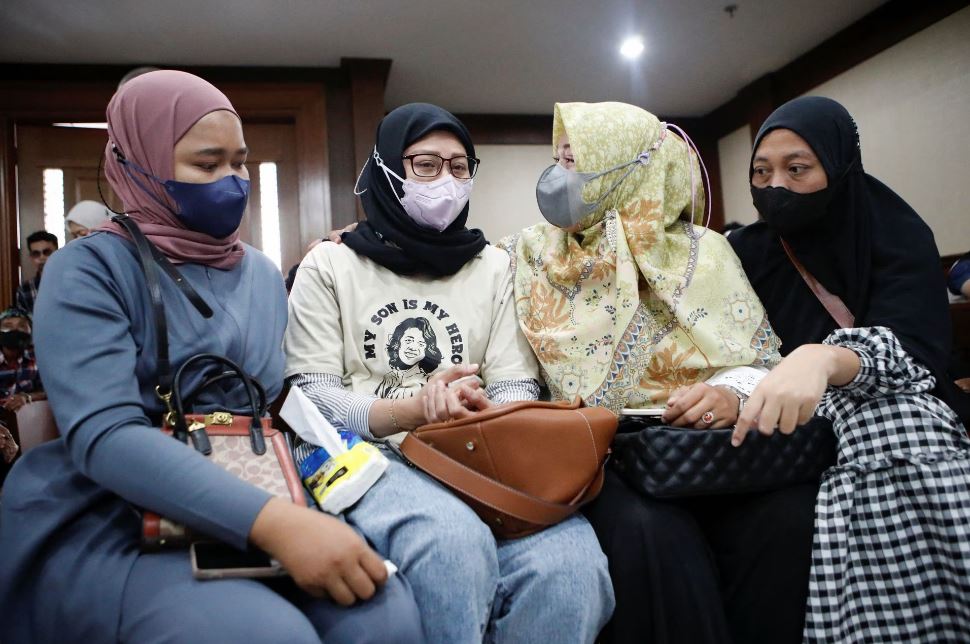 Mothers of acute kidney injury (AKI) victims attend a preliminary hearing for a class-action lawsuit filed against the Indonesian government and drug companies for allowing the sale of tainted cough syrup at the court in Jakarta, Indonesia, January 17, 2023. (Image credit: Reuters)

Families of Indonesian children who died because of tainted cough syrup demanded restitution as an Indonesian court on Tuesday started hearing their class-action lawsuit against government agencies and pharmaceutical firms.

About 200 children have died of acute kidney injury in Indonesia since last year and authorities have said two ingredients, ethylene glycol and diethyelene glycol, found in some syrup-based paracetamol medications are linked to the illness.

The two ingredients are used in antifreeze, brake fluids and other industrial applications, but also as a cheaper alternative in some pharmaceutical products to glycerine, a solvent or thickening agent in many cough syrups.

They can be toxic and can lead to acute kidney injury.

Twenty-five families are suing the health and finance ministries, the drugs regulator and at least eight drug companies.

Solihah, 36, who was at the court in the Indonesian capital Jakarta, said her three-year-old daughter was diagnosed with the acute kidney injury after consuming a syrup medication and died a few days later. She said she wanted the government to be held accountable.

"If my daughter had not consumed the drug, maybe she would still be here," she said, her voice breaking with emotion. "I hope all parties involved are held responsible for the conditions of the children who died and are still sick."

Representatives of the finance ministry and five pharmaceutical companies named in the suit did not respond to requests for comment. Another three companies could not be reached.

The country's drugs regulator, BPOM, said it would respect the ongoing legal process, while the health ministry declined to comment.