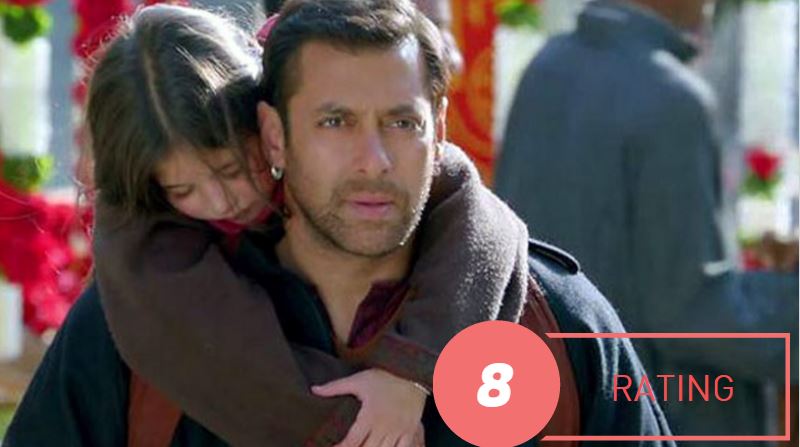 What are you are expecting from ‘Bajrangi Bhaijaan’? Action, Emotion, Romance, Patriotism, and of course Salman Khan. And this Eid special from Salman Khan won’t disappoint you at all. For a change, the film has something you don't expect from a Salman Khan film - a Story.

The interesting story will keep you engaged for a 2 hours 30 minutes journey. So this is yet another masala entertainer from the king of the box office , similar to ‘Dabangg’ and ‘Readyy’? Well, Yes and No. While it does have the masala that all Salman movies have, it also has a plotline and is sure to set the Box Office ringing.

The story is about Pawan Kumar Chaturvedi (Salman Khan), an honest man, a devotee of Lord Hanuman. Chaturvedi meets a lost girl from Pakistan, who he decides to reunite with her family in Pakistan. After facing a lot of problems in taking her to Pakistan - the right way - he decides to take the wrong way.
Despite the presence of Salman Khan in the film, it’s Munni (Malhotra), who steals the limelight. She plays a mute and has done justice to her role. All actors including Kareena Kapoor and Nawazzudin Siddiqui have given a decent performance. And of course, Salman Khan doesn’t forget to remind you that you should live life the ‘Being Human’ way. From patriotism to child trafficking to corruption, Salman has a lot of social messages for you in the film.

It's worth a watch even if you are not a Salman Khan fan. As for Salman Khan fans, there was no point in reading the review - they are going to watch it anyway, right!