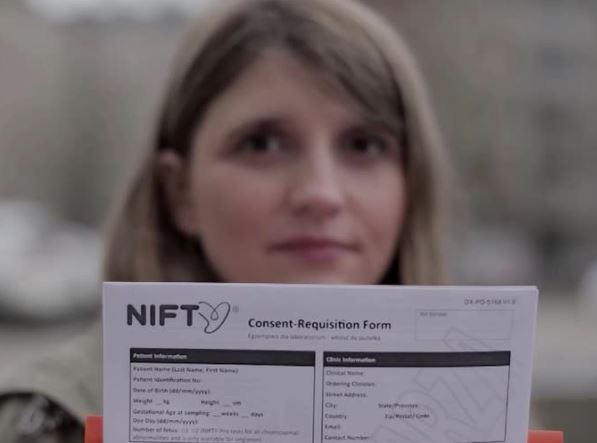 The report is the first to reveal that the company collaborated with the People's Liberation Army (PLA) to develop and improve the test, taken in early pregnancy, as well as the scope of BGI's storage and analysis of the data. The United States sees BGI's efforts to collect and analyse human gene data as a national security threat (see the storey in-depth here).

China's biggest genomics firm, BGI began marketing the test abroad in 2013. Branded NIFTY, it is among the world's top selling non-invasive prenatal tests (NIPT). These screen a sample of blood from a pregnant woman to detect abnormalities such as Down's syndrome in a developing foetus.

So far more than 8 million women globally have taken BGI's prenatal tests, BGI has said. NIFTY is sold in at least 52 countries, including Britain, Europe, Canada, Australia, Thailand and India, but not the United States.

BGI uses leftover blood samples sent to its laboratory in Hong Kong and genetic data from the tests for population research, the company confirmed to Reuters. Reuters found the genetic data of over 500 women who took the test, including women in Europe and Asia, is also stored in the government-funded China National GeneBank in Shenzhen, which BGI runs.

Reuters found no evidence BGI violated privacy agreements or regulations; the company said it obtains signed consent and destroys overseas samples and data after five years. "At no stage throughout the testing or research process does BGI have access to any identifiable personal data," the company said.

The U.S. National Counterintelligence and Security Centre, which has previously warned about Chinese firms collecting health data, said in response to Reuters' findings that women taking the NIFTY test abroad should be concerned by a privacy policy that allows data to be shared with Chinese security agencies.

"Non-invasive prenatal testing kits marketed by Chinese biotech firms serve an important medical function, but they can also provide another mechanism for the People's Republic of China and Chinese biotech companies to collect genetic and genomic data from around the globe," the centre said.

Other companies selling such prenatal tests also re-use data for research. But none operate on the scale of BGI, scientists and ethicists say, or have BGI's links to a government or its track record  with a national military.

BGI began working with Chinese military hospitals to study the genomes of foetuses in 2010 and has published over a dozen joint studies with PLA researchers to trial and improve its prenatal tests, the Reuters review of more than 100 public documents showed.

The PLA General Hospital in Beijing and Third Military Medical University in Chongqing ran clinical trials on the NIFTY test in 2011. They worked with BGI researchers to expand the genetic abnormalities the test screens for, papers published in 2019 and 2020 show.

In one example, the PLA General Hospital worked with BGI on the first Chinese prenatal trial to screen for dwarfism, which BGI later brought to market.

Also, a BGI study published in 2018 used a military supercomputer to re-analyse NIFTY data and map the prevalence of viruses in Chinese women, look for indicators of mental illness in them, and single out Tibetan and Uyghur minorities to find links between their genes and their characteristics.

As well as genetic information about the foetus and mother, the testing process captures personal information, such as the customer's country, weight, height, and medical history, according to BGI computer code reviewed by Reuters. The customer's name is not collected.

Reuters spoke to a woman who took the test in 2020, a 32-year-old office administrator in Poland. She said that if she had known her data could be shared with the Chinese government, or understood the extent of BGI's secondary research, she would have chosen a different test.

"I want to know what is happening with such sensitive data about me, such as my genome and that of my child," said the woman, Emilia, who asked to be identified only by her first name.