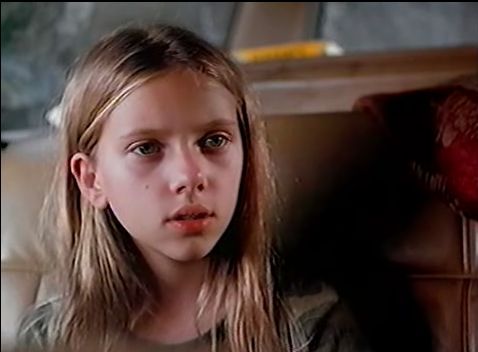 With her milky-white skin and blond locks it is easy to label Scarlett Johansson as a blond bombshell but the actor has proven to be bolder than that and has taken several risks - especially fashion wise.

Born in Manhattan, Scarlett began acting during childhood, after her mother started taking her to auditions. She would audition for commercials but took rejection so hard her mother began limiting her to film try-outs. She made her film debut at the age of 9, as John Ritter's daughter in the fantasy comedy North in 1994. 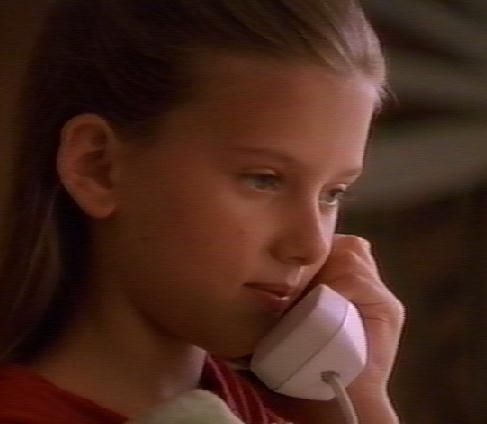 She then had minor roles in the mystery thriller Just Cause (1995), If Lucy Fell (1996), she played the role of Amanda in Manny & Lo (1996). She also appeared in minor roles in ‘Fall’ and ‘Home Alone 3’ (both 1997), Johansson garnered widely spread attention for her performance in the film The Horse Whisperer (1998)

Scarlett made the transition from teenage to adult roles with Sofia Coppola's 'Lost in translation' and at the age of 18, Johansson played Griet in Peter Webber's Girl with a Pearl Earring (2003). 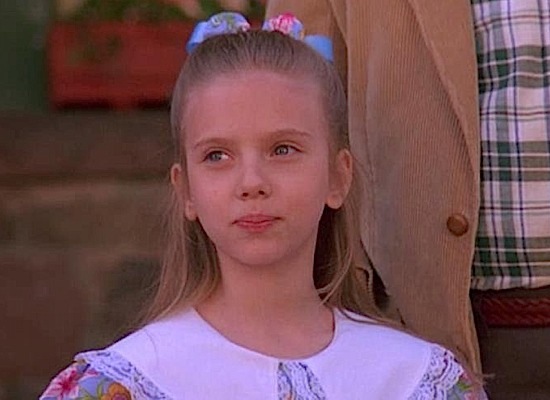 Her experimentation on screen is matched with her experimentation on her locks - she has gone from red, brunette, platinum blond and shades in between. Her hair has been long, short, wispy and lengths in between. As for her sartorial choices, the actress is far from predictable. She can play the princess in sweeping gown; she dress androgynously without a care with a sharp trouser suit; she has mastered the art of the LBD and cocktail dresses to a perfection. Most importantly she isn't afraid of colour from vibrant red, to emerald greens and different shades of purple Johansson has worn them all with aplomb.

Her chameleon-like attitude to fashion applies to her choice of roles, too, with a career spanning everything from action movies to period drama, sci-fi, comedy and drama. 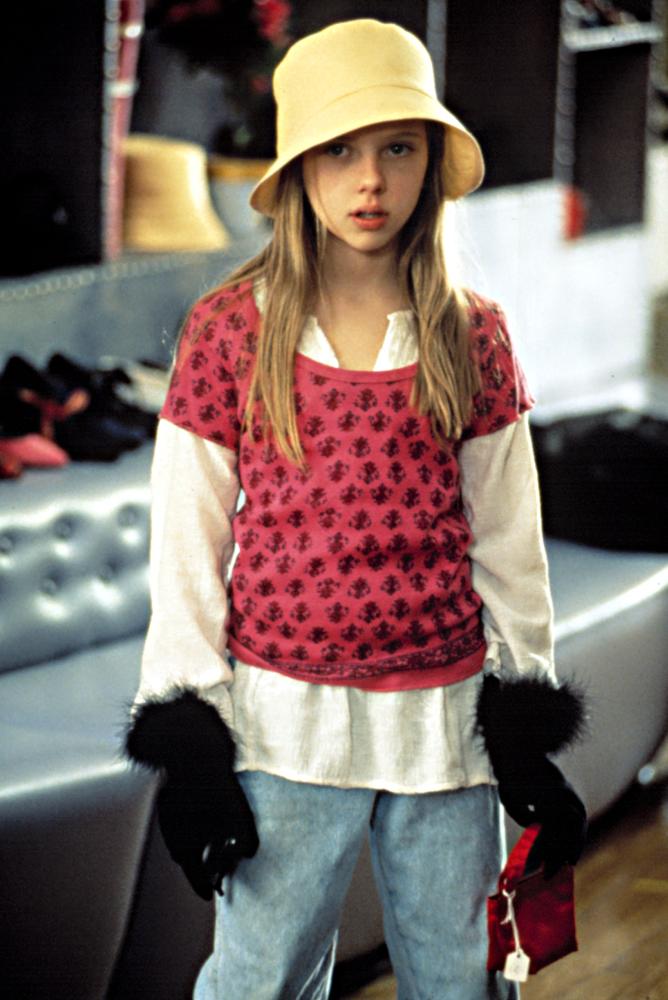 Scarlett Johannson in 'If Lucy Fell' in 1996 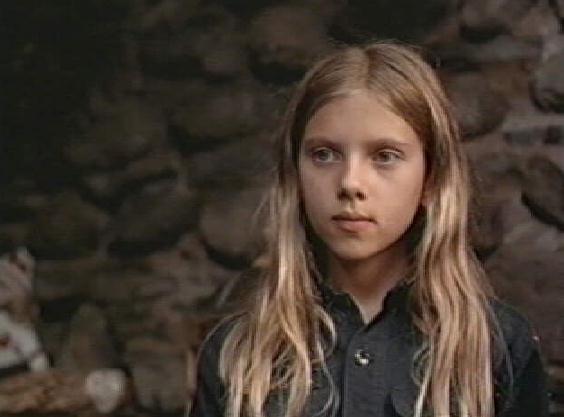 In one of her earlier roles, bythen Scarlett had not begun to experiment with the colour just the length of her hair. This photo is from when she was in her tweens. 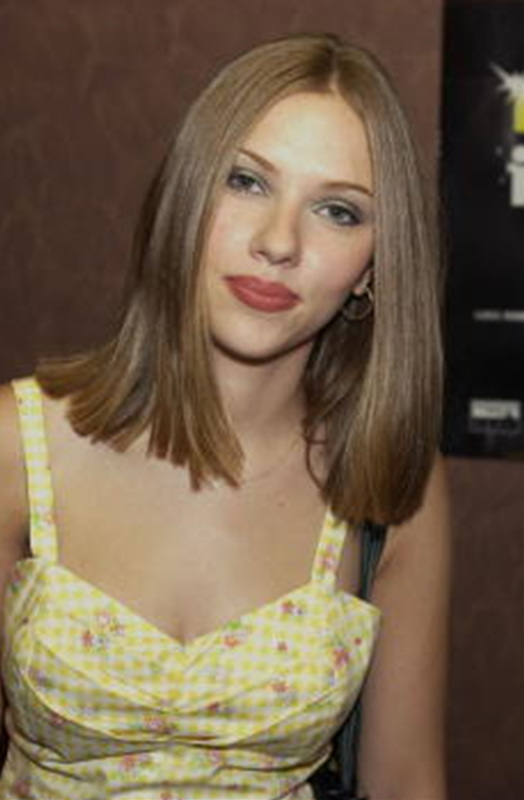 This is from 2001. And there is substantial change in the way she looks. There have always been rumours of rhinoplasty. While it is hard to tell if that was really the case or just makeup, lighting or the angle of the photograph... there are marked changes as the years go by. 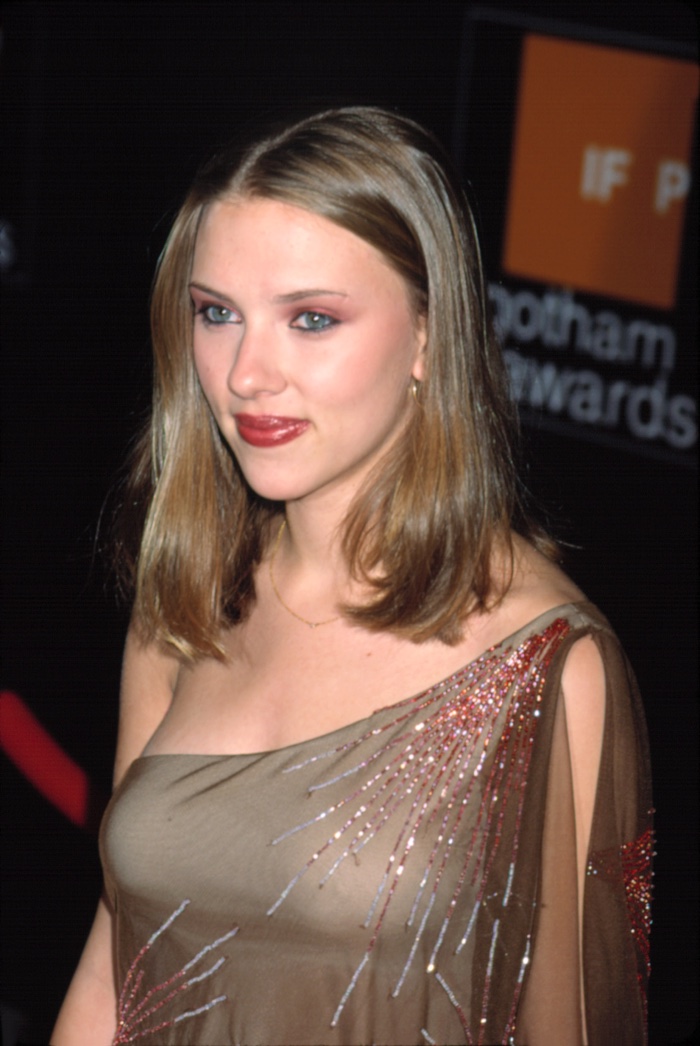 This is from 2001, where she attended the IFP Gotham Awards in New York wearing an asymmetric dress. 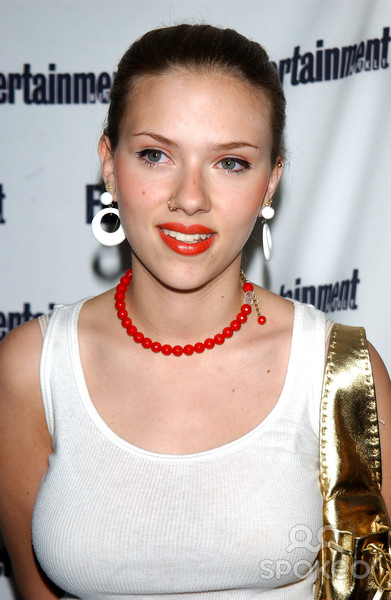 Keeping in simple in 2002, around the time her move 'Eight-leggedfreak' was released. 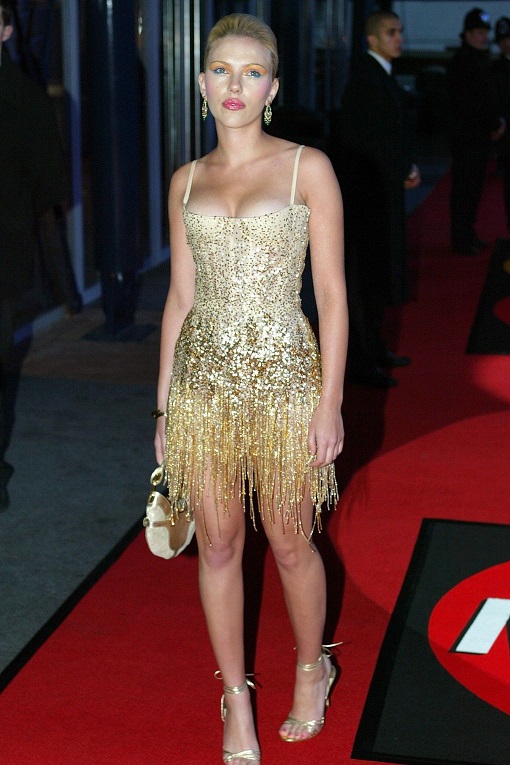 She chose a dress from Roberto Cavalli's spring/summer 2004 collection for the Brit Awards and her eye shadow was like a work of modern art. 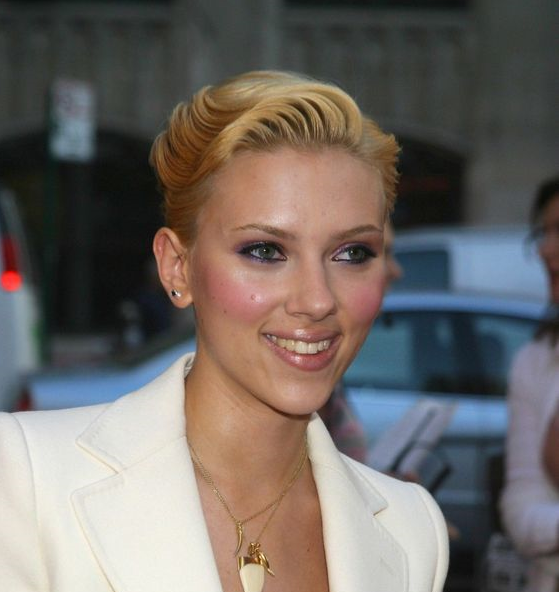 At the premiere of her break-out film 'Lost in translation' in 2003. 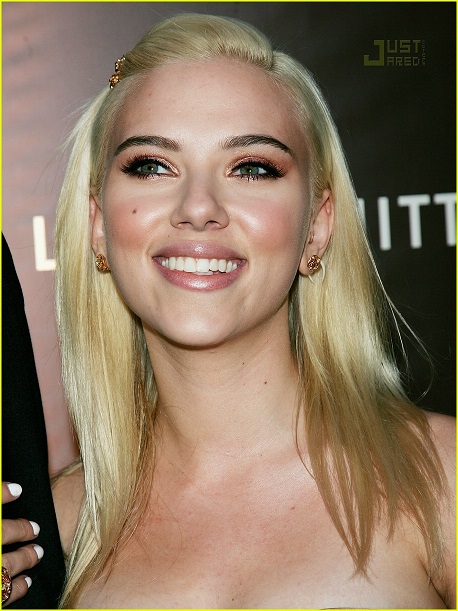 Her make up stayed neutral with no strong colours but the hair got lighter circa 2007. 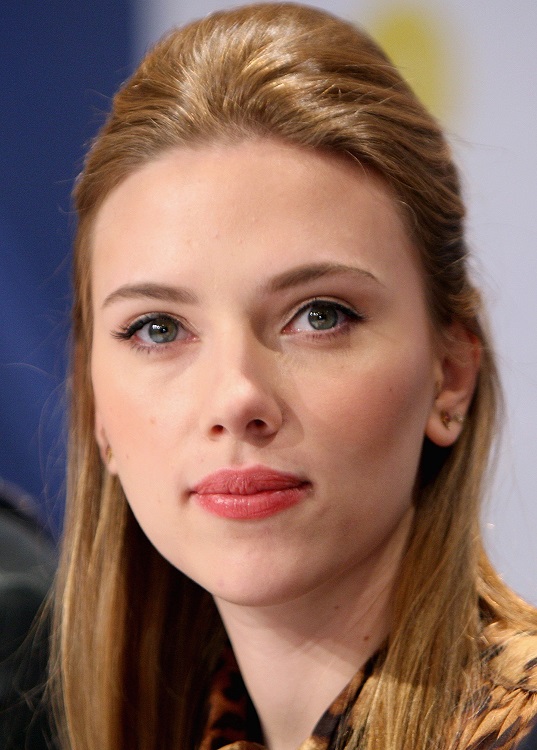 However, next year, 2008 she went from a platinum blond and changed her hair colour to chocolate-brown. 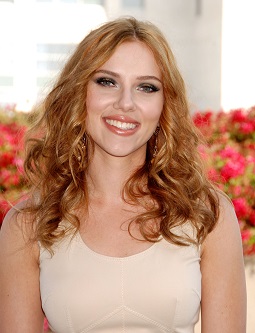 The length was still long, but the shade of brown has moved up the golden scale a little. 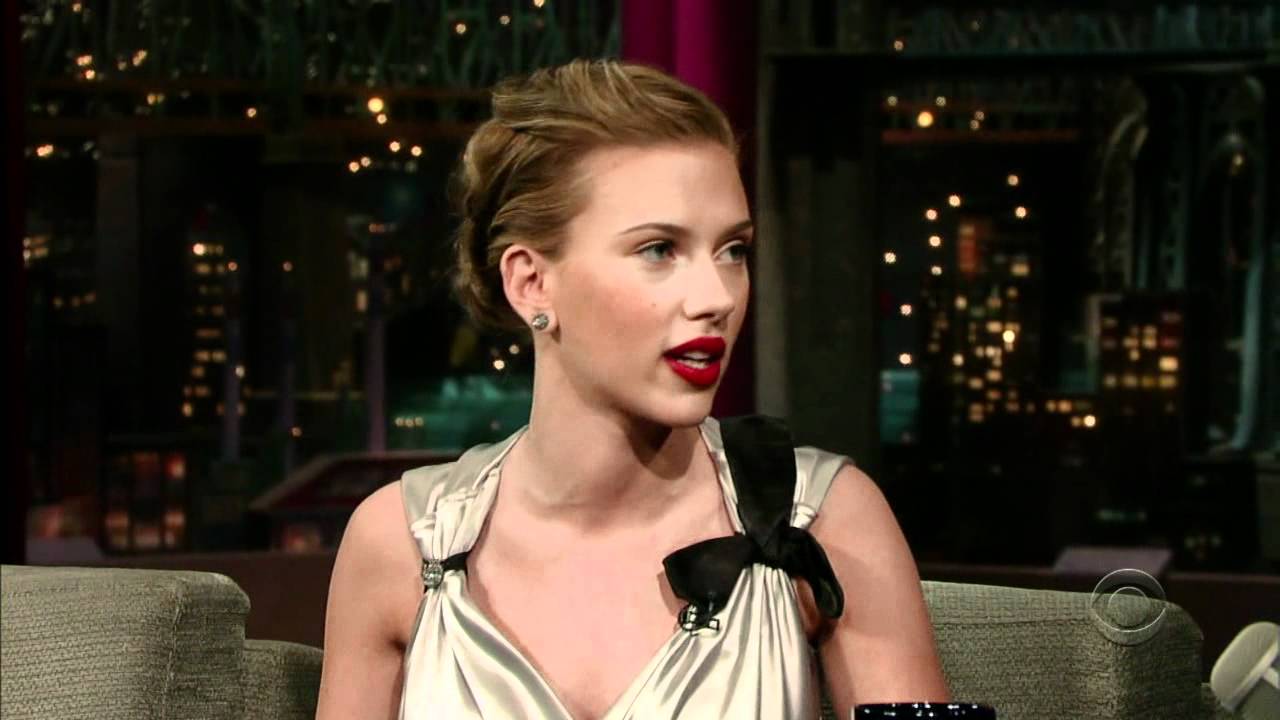 On the talk show 'Late show with David Letterman' in 2006. She seems to have adopted the bolder lip colours with aplomb. 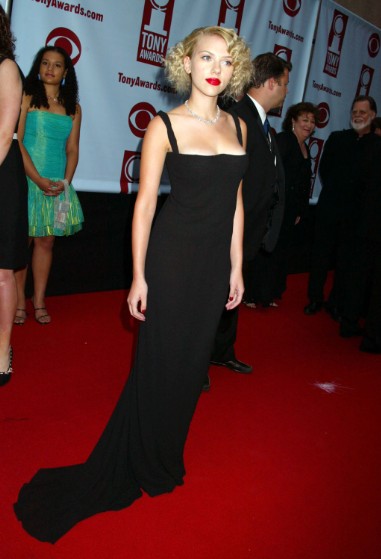 She wore a Roland Mouret gown to the Tony awards in 2004. 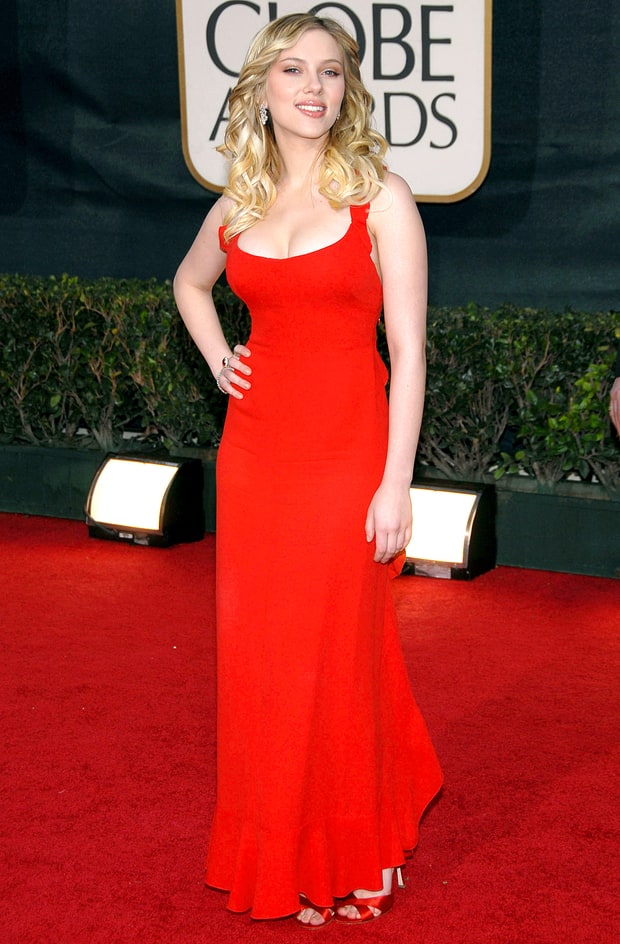 This was one of Scarlett's most talked about looks, a red Valentino dress, that she wore to the Oscars in 2005. 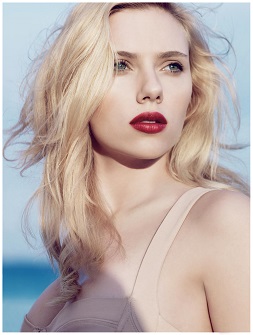 Scarlett soon became a 'Vogue' staple, here is her cover from 2007. The 22-year-old Nanny Diaries actress went unabashedly platinum. "I wanted it to be, like creamy-really, really white," she has said. 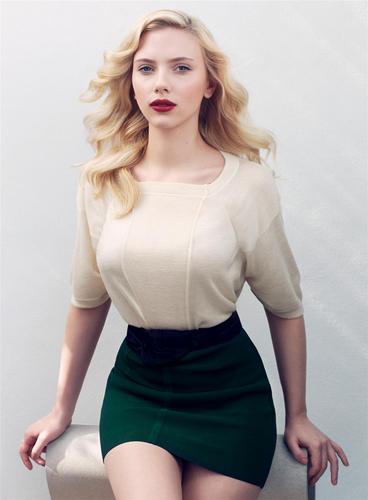 A different picture from a 2007 vogue featuring Scarlett. 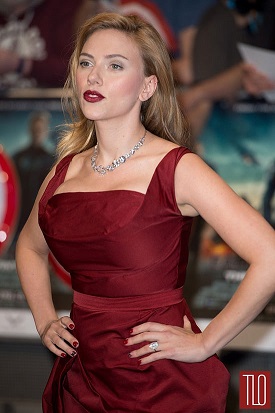 Johansson began dating Canadian actor Ryan Reynolds in 2007, and in May 2008, it was reported that they were engaged. On September 27, 2008, the couple married in a quiet ceremony near Tofino, British Columbia. They purchased a $2.8 million home together near Los Angeles. On December 14, 2010, the couple announced their separation. Their divorce was finalised on July 1, 2011.

For this photo taken in March, 2014, she chose a dress from the Vivienne Westwood Red Label autumn/winter 2014 collection, accessorised with Christian Louboutin heels and Sonia Boyajian jewellery, for the Captain America: The Winter Soldier premiere in London. 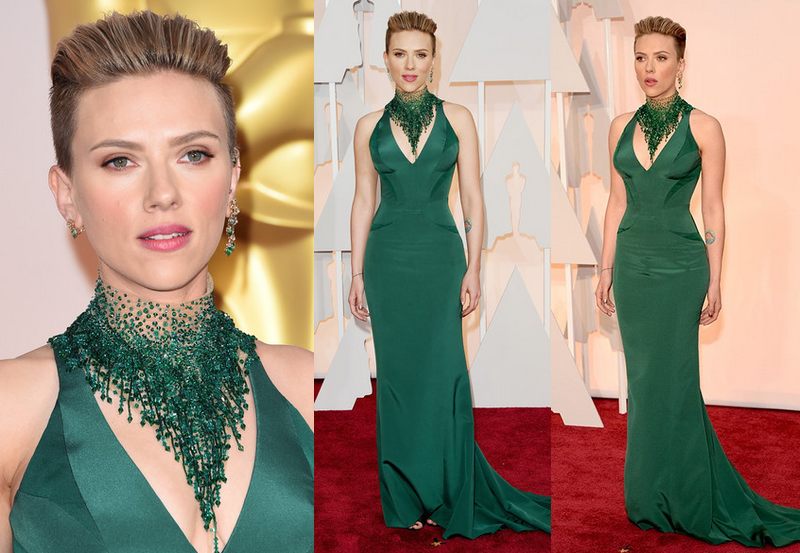 At the 2015 Oscars in an Atelier Versace in emrald green with a statement neckpiece and ear cuff. 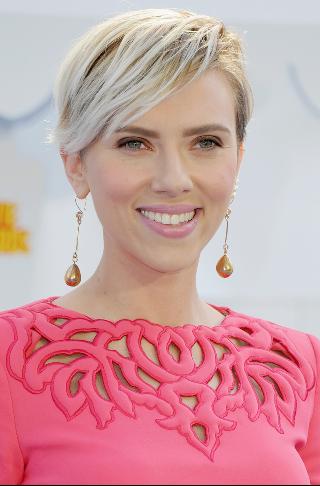 Johansson slayed it on the red carpet at the London premiere of The Avengers: Age of Ultron in a breezy printed wide-leg Balmain one-piece in 2015. 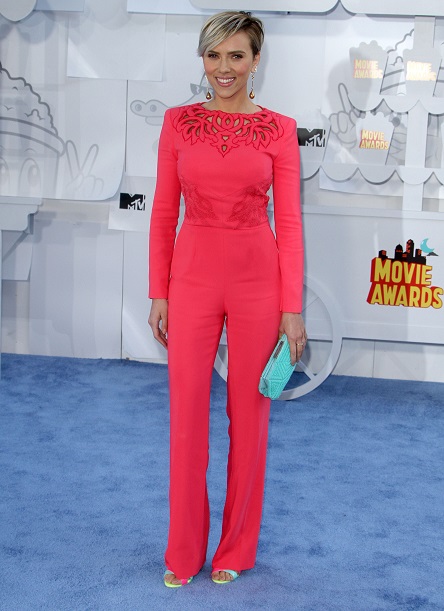 A complete look at the that beautiful outfit in all its glory. 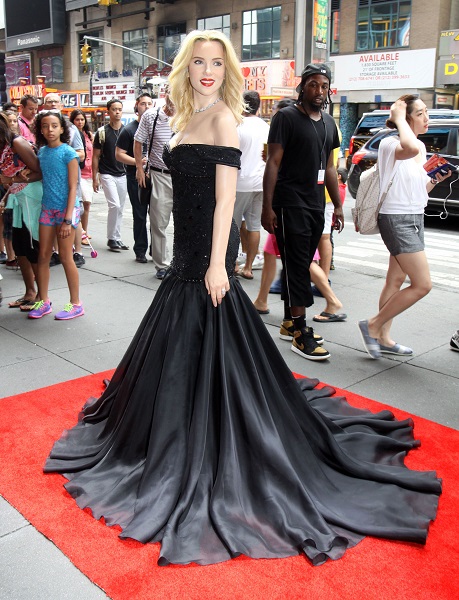 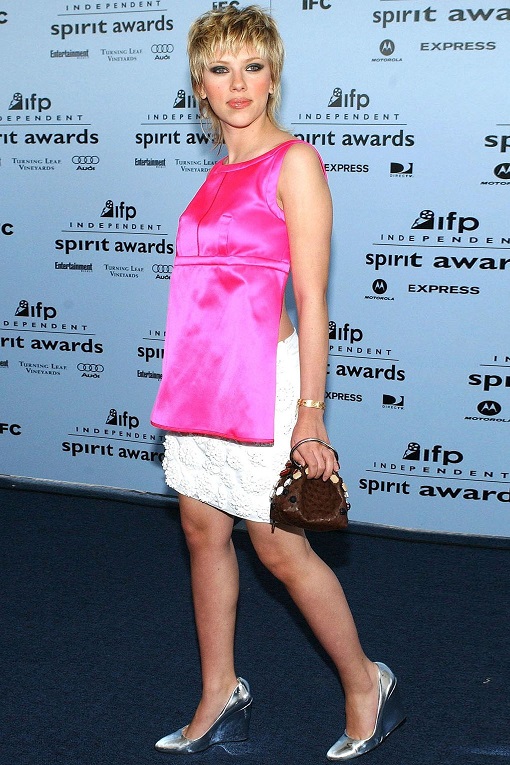 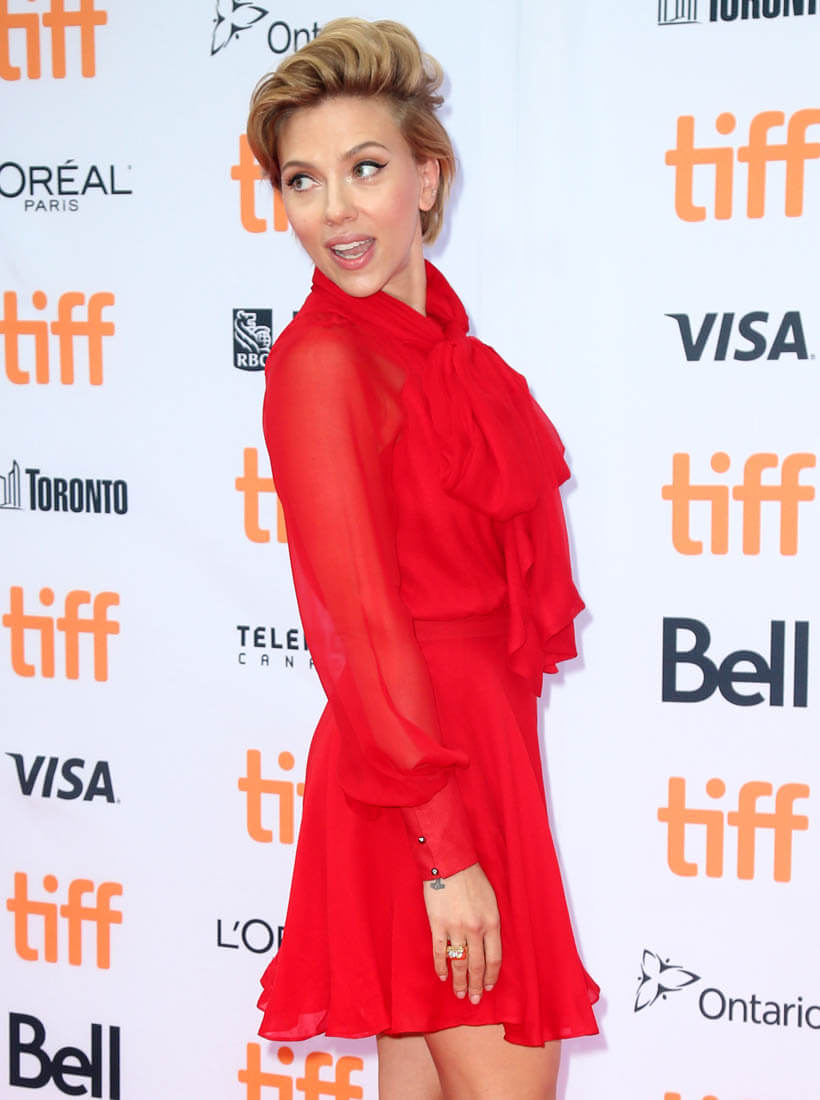 Johansson is considered one of Hollywood's modern sex symbols, and has frequently appeared in published lists of the sexiest women in the world. As of July 2016, she is the highest-grossing actress of all time in North America, and tenth overall, with her films making over $3.3 billion. In 2016, she added another $1.2 billion to that box office record, being the highest grossing actor of the year.