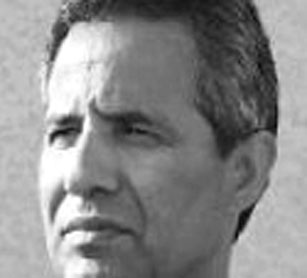 Five years ago at a stop during my book signing tour in San Diego, I met an adorable toddler named Farah.

She was being treated in the US for severe burns she received at the age of two.

Farah was one of thousands of civilians who were either injured or killed when Israel rained white phosphorus bombs on Gaza in 2008-2009.

The phosphorus that burned through Farah’s angelic flesh was American made and paid for by US taxpayers. Ironically, so was Farah’s treatment.

On July 31, Reham, her 18-month-old son Ali, his four-year-old brother Ahmed and their father cuddled on a floor mattress in their small room.

Outside, the stars were glistering in the clear sky of a warm summer night in the village of Duma, Palestine.

Ahmed complained it was hot. Saad, his 32-year-old father, decided to open the window to let in the cool breeze from the fields of their peaceful village.

Ali spread his tiny legs and was first to fall asleep, followed by Ahmed.

Reham kissed her babies goodnight and covered them to keep the mosquitoes away before she and Saad dozed after a hard day working on the farm.

In the middle of that Friday night, Reham was startled from her sleep by Ali’s loud wail. Her vision was blinded by the bright blaze engulfing her baby’s small body. She jumped over Ahmed to reach Ali when another firebomb landed between them, setting Reham, Saad and Ahmed on fire.

Ali, the 18-month-old baby, was burned to death. Saad succumbed to his fate a week later. Reham joined them after more than a month in coma. Four-year-old Ahmed is still fighting for his life.

The perpetrators celebrated their feat by spraying their signature and symbol of pride, the Star of David, on nearby walls. Israeli police arrested known extremists from a nearby illegal Jewish-only colony. Most were released later and no-one was charged.

This is in a country that brags about its superior security service.

Had this been the plight of an illegal Jewish settler family, no doubt their faces would have been paraded on TV screens and newspapers.

Their names would be engraved on our brains and we would be reminded of the Holocaust. But in this case, I dare say, most haven’t heard of Reham or her family.

I always wondered about Jewish terrorists’ fascination with burning.

Last year, they kidnapped Mohamed Abu Khdeir, a 16-year-old Palestinian teenager from the streets of Jerusalem, and took him to a nearby forest area. Mohamed was forced to swallow petrol before they burned him alive.

This is not just an Israeli fringe.

Since July, the Israeli army and its terrorist settlers murdered more than 10 Palestinians, ordered the building of thousands of Jewish-only homes in illegal colonies and marked 14,000 Palestinian homes for demolishing.

Matan Vilnai, a high-level Israeli government official once threatened Palestinians in Gaza with “shoah”, a Hebrew term equivalent to Holocaust.

The world can’t continue to turn a blind eye to Israel’s ethnic cleansing and its direct responsibility for crimes committed by its subsidised terrorist settler population.

While Holocaust deniers are jailed in Europe, in Israel Jewish proponents of “new shoah” – and those who burned Ali, Reham, Saad and Ahmed – roam free.

Incinerating humans whether in a gas chamber, military attack, by injecting petrol into the mouth or throwing a torch through a window all have one thing in common: burning is how racists manifest hate.