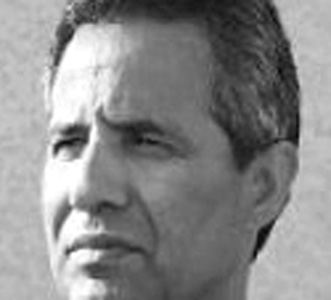 The election of veteran socialist Jeremy Corbyn to lead the Labour Party in the UK is a revolution by all means. In a party grassroots election, the 66-year-old outsider defeated a line-up of traditional Labour candidates.

Corbyn’s victory was a rejection of Tony Blair’s wing as much as it was a swing to the left. Blair, who came back from hibernation to campaign against Corbyn, was rebuffed by the rank and file of the Labour Party. Party membership didn’t forgive Blair’s disgraceful servitude role to George Bush and his Israeli fabricated “dossier” to sell the invasion of Iraq.

Additionally, the outcome of the Labour Party vote must be seen in consort with the wave of anti-austerity sentiment sweeping throughout Europe. During the last economic crisis, European and US taxpayers bailed large financial institutions and endured cuts in public services. With improved economic conditions, bankers were back receiving huge salaries and large bonuses while average wages stalled and pension cuts became modus operandi for governments’ austerity programmes.

Greek voters led the European Spring by rejecting the central bank’s conditions for bailout and elected the anti-austerity Syriza Party to power.  To the north, the Scottish overwhelmingly rejected Labour, as an alternative to the Tories and cast their votes for the Scottish National Party (SNP). In Spain, the emergence of Podemos is shaking the Spanish political system. Even in the US, the presumed traditional Democratic frontrunner, Hilary Clinton, is facing serious challenge from presidential candidate and self-proclaimed socialist Bernie Sanders.

Approximately 60 per cent of the more than 400,000 registered Labour Party members, who supported Corbyn – even those believing he was unlikely to win a national election – sent a strong message to Britain’s pompous traditional political class and hammered the last nail in the Blairites’ coffin.

Euphoria aside, Corbyn must now learn from previous progressive victory lessons. In 1980, anti-austerity candidate Michael Foot defeated James Callaghan and the old Labour guards’ choice to unseat Margaret Thatcher. However soon after his election, Foot faced a rebellion when four senior officials, known as “the gang of four”, walked out and formed the new Social Democratic Party (SDP).

The SDP became the darling of corporate media overnight and was posited as an alternative to the Labour. In June 1981, SDP joined an alliance with the Liberal Party forming a new centrist party, the Liberal Democrats.

The Labour Party swung further to the left and ran on what the media described then as “suicide manifesto”. Shortly thereafter, the substantial lead Foot enjoyed over the conservative government melted faster than an ice cube under August desert sun.

Despite Corbyn’s large grassroots mandate, it is not surprising that traditional Labour autocrats have joined hands with the corporate media to undermine the new party leader. Soon after his election, Stephen Pollard, editor of the Jewish Chronicle wrote that Corbyn was “barely fit to be an MP,” and accused him as someone who “doesn’t just hate America,” but “hates Britain itself.”  Pollard had literally plagiarised the tired US Republicans and FOX News chorus’ name calling and aspersion strategy used against Barack Obama.

It is worth noting here that when Foot ascended to the Labour leadership, he enjoyed a double-digit lead over Thatcher; Corbyn is starting with a double-digit deficit to David Cameron. The new Labour leader has already proven his special ability to run from behind. According to BBC and other news reports, Corbyn was a 200-1 outsider when he ran for the party’s leadership three months ago.

Today, Corbyn has five years to bridge the deficit gap and defeat the Conservative government of Cameron. He has a unique opportunity to make the Labour Party more inclusive by reaching out to the large reservoir of marginalised British voters and to work with SNP supporters to make Britain more of a United Kingdom.