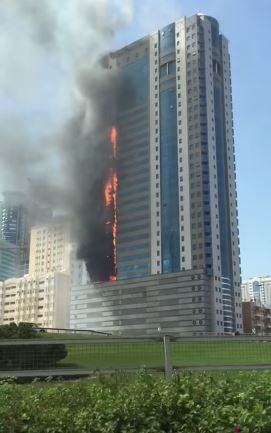 A building which was under construction in Sharjah, United Arab Emirates, has caught fire. Several media reports said, smoke could be seen for several kilometers.

Reportedly 40 people are being treated for smoke inhalation. Officials from Sharjah Civil Defence confirmed that there were no casualties.

Civil defence and helicopters arrived at the scene to rescue those stuck in the building. Firefighters are engaged in getting the fire under control.