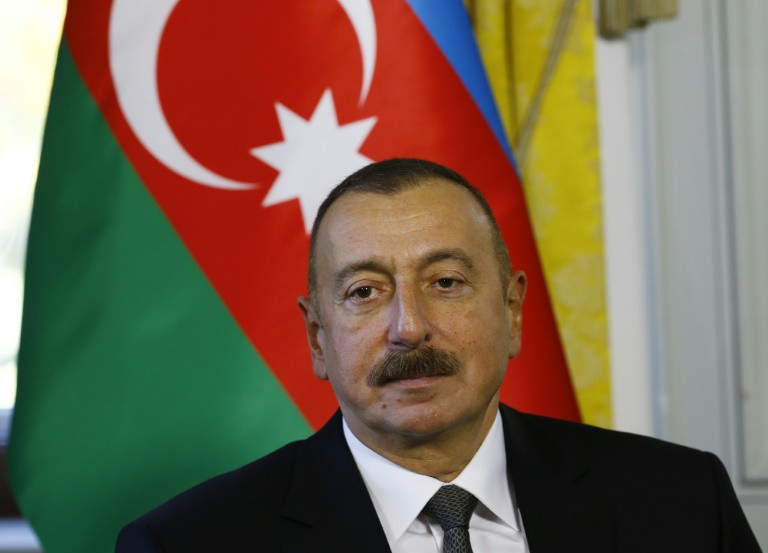 Baku - Azerbaijanis voted on Wednesday in a snap presidential election boycotted by the main opposition parties and set to extend the autocratic rule of President Ilham Aliyev.

Polls opened at 0400 GMT in the energy-rich ex-Soviet Caspian state where the downtrodden opposition has been unable to mount a serious challenge to Aliyev.

The president, in power for 15 years, has also seen his position boosted by the steady influx of petrodollars into his government's coffers.

Opposition parties in the tightly-controlled Caucasus nation say the conditions to hold a democratic election are not in place and accused authorities of preparing to rig the vote.

They have also condemned Aliyev's surprise -- and unexplained -- decision to hold the election six months ahead of schedule as aimed at shortening the campaign period and hampering the opposition's efforts to prevent vote rigging.

"All previous elections in Azerbaijan were falsified and held with blatant violations of the electoral law. These elections will be no exception," said the executive secretary of the opposition Republican Alternative Movement, Natig Jafarli.

The authorities rejected the opposition's criticism, insisting the vote will be free and fair.

"Azerbaijan is on a firm and irreversible path of democratic development. A free, open and transparent environment has been created in Azerbaijan for the presidential elections," foreign ministry spokesman, Hikmet Hajiyev, told AFP.

"All the candidates enjoy equal rights and opportunities," he added.

Poised to secure a fourth consecutive term, Aliyev, 56, was first elected in 2003, after the death of his father Heydar Aliyev, a former KGB officer and communist-era leader who had ruled Azerbaijan with an iron fist since 1993.

He was re-elected in 2008 and 2013 in polls that were denounced by opposition parties as fraudulent.

In 2009, Aliyev amended the country's constitution so he could run for an unlimited number of presidential terms, in a move criticised by rights advocates.

The changes drew criticism from Council of Europe constitutional law experts as "severely upsetting the balance of powers" and giving the president "unprecedented" authority.

Apart from the incumbent president, seven candidates are running in the poll -- all low-profile figures who have barely carried out any campaigning.

"The climax of the tragicomedy was that some of the candidates called on people to vote for Aliyev," independent analyst, Bahtiyar Hajiev, told AFP.

Opposition leaders say these "dummy candidates" were hand-picked by the authorities so the vote looks competitive.

"Only the candidates endorsed by Aliyev were allowed to run in the elections," the leader of the opposition Popular Front party, Ali Kerimli, told AFP.

Supporters have praised the Aliyevs for turning a republic once thought of as a ex-Soviet backwater into a flourishing energy supplier to Europe.

But critics argue they have crushed the opposition and used their power to fund a lavish lifestyle for the president and his family.

"For decades, the Aliyevs have been appropriating Azerbaijan's national riches, they have amassed immense hidden wealth," Khadija Ismayilova, an anti-corruption crusader, told AFP.

"They cling on to power to continue looting the country's resources," said the award-winning journalist who spent 17 months in jail in 2014-2016 after she exposed official graft.

Aliyev has denied accusations of rights abuses and corruption.

Monitored by international observers from the Organisation for Security and Cooperation in Europe, the polls will close at 1500 GMT.

Some 5.2 million people are registered to vote.