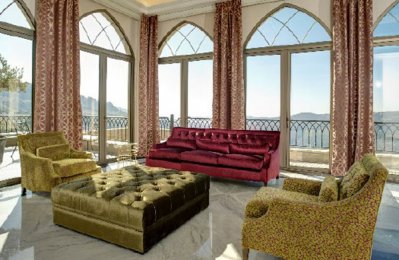 The report was commissioned by Index Saudi, the new design exhibition which will run at the Riyadh International Convention and Exhibition Centre from October 30 to November 1.

Thousands of designers, architects and buyers representing hundreds of international suppliers will be taking part in the Saudi expo this month to capitalise on the boom in interior design spending across the kingdom.

According to Ventures, the renewed demand for high-quality interior design and fit-out services in Saudi Arabia was mainly due to to the influx of new residential, commercial and hospitality projects as well as the host of new schools and hospitals planned across the country in preparation for Saudi Vision 2030.

While the report shows that Saudi Arabia is the biggest investor across the Gulf in healthcare and educational property fit-outs, with the specific markets estimated to be valued at SR1.425 billion and SR926 million respectively by 2019, it also highlights that the residential sector takes top spot in value for the country’s interiors industry, worth SR4.5 billion and forecast to grow to SR5.12 billion in 2019.

Jalal Ozgen, the division manager at Itco said: "Saudi Arabia is still the most stable market when compared to other countries in the Middle East despite all its economic woes. The furniture industry in particular will continue to be active because of the renovation activities and because of the kingdom’s ambition to develop the touristic sector and living standards."

"Itco continues to raise awareness about its offered services in the Saudi Market and it goes without saying that Index will be a good vehicle to increase our client base and a good platform to launch new products," remarked Ozgen.

Jaafar Shubber, the event director for Index Saudi, said: "Upcoming mega projects in Saudi including the King Abdullah Financial District, Kingdom City and Jazan Economic City mean that the country is investing vast amounts of money into new and redevelopment construction and fit-out projects in the next decade."

"Across all sectors there is a definite sense that we are at the precipice of a dramatic shift in the history of the design industry," stated Shubber.

"The Index brand is very well established as the must-attend platform for interior designers in the Middle East and this new show in Riyadh will bring the creative minds together at the heart of the country’s generation-defining projects," said the official.

"This will be the number one networking event for anyone involved with the design community across the Kingdom and beyond," he added.-TradeArabia News Service