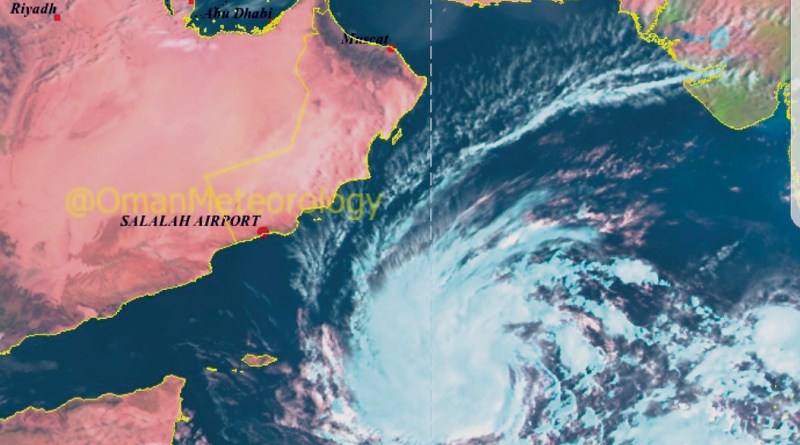 Tropical storm Luban is moving towards the coast of Dhofar and Yemen, but intensifying into a Category 1 cyclone, according to Oman Observer.

This phenomenon is expected to bring heavy rainfall and winds with sea waves rising to a height of six to eight metres.

“We are tracking the direction of Luban, which is likely to develop into a Category 1 cyclone by today,” said senior meteorologist Mohammed Al Shaidani.

He warned that the tropical storm would likely intensify into a Category 2 cyclone if the speed picks up and is likely to affect mostly the coastal areas of Salalah and Al Wusta. More than 300mm of rainfall is estimated for Friday and Saturday.

“Luban is currently moving between the border of Oman in Dhofar and Yemen. By October 15, it could move to Yemen,” said Al Shaidani.

Luban is 830km from Salalah, said the Met Office, adding that Dhofar and Al Wusta governorates will start witnessing its “indirect effects” from Wednesday, which include scattered rains.

The National Multi-Hazard Early Warning Centre said the maximum wind speed of the storm has been 50-55 knots per hour.