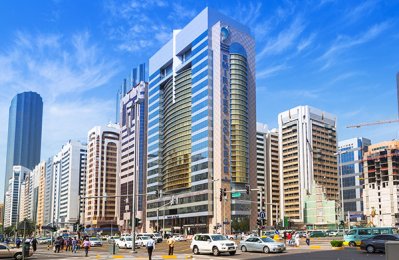 Pace of decline in prices in Abu Dhabi investment zones<br>has slowed over the third quarter.

Apartment sales prices in investment zones of Abu Dhabi, UAE have declined by 2.7 per cent on average over the last 12 months, whereas prices declined marginally by 1.7 per cent over the quarter, a report said.

Villa sales prices also followed a similar trend, with quarterly and annual declines on average of 2.8 per cent and 4.2 per cent, respectively, added the “Q3 2018 Abu Dhabi Market Report” by Cavendish Maxwell, an independent firm of chartered surveyors and property consultants.

The report provides a summary of the residential market activity and highlighting price and movement and upcoming supply of residential properties. The data is provided by Property Monitor, a real estate intelligence platform powered by RICS accredited property professionals.

Al Reef villas registered the highest decline of 3.7 per cent over the quarter. Developers on the other hand had began launching projects in the middle-income segment since the end of 2017, for instance Pixel Towers in Al Reem Island was launched by Imkan in Q4 2017 with studios starting at as low as Dh560,000 ($152,400).

Among more recent launches was the Al Ghadeer Phase II by Aldar with studios starting at as low as Dh350,000 and two-bedroom villa/townhouse prices starting at Dh1 million.

“Investors are being more cautious and waiting for stability to return to the market before making any decision regarding property purchase,’’ said Manika Dhama, associate partner, Strategic Consulting and Research at Cavendish Maxwell.

Residential rents in Abu Dhabi investment zones have registered a 12 month declined by more than 5.6 per cent on average, where apartment rents in Al Reem Island and villa rents in Al Raha Gardens and Saadiyat Beach one bedroom apartments on Reem Island can now be rented at Dh84,000 on average, with rents for this unit type declining by 6.2 per cent over the last12 months.

“Meanwhile, tenants continue to be spoilt for choice and are migrating to communities and buildings with superior facilities, thus putting further pressure on older stock,’’ said Dhama.

In Q3 2018 majority of the residential stock was handed over in Al Reem Island, Al Reef and Al Raha Beach. As of September 2018, approximately 7,700 units are scheduled for handover over the next six months, though actual completions may vary. The key locations for upcoming supply are Saadiyat Island, Yas Island and Al Reem Island, which have a total of over 2,500 units scheduled for completion this year. – TradeArabia News Service