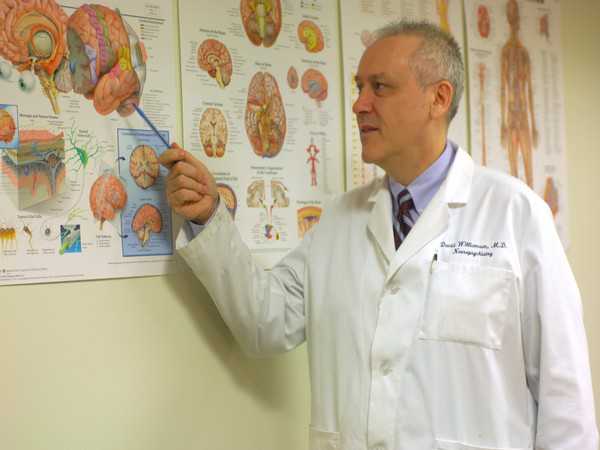 The researchers at the University of California studied more than 6,000 cells in 15 hippocampal cell types -- the first study of individual cell types subject to brain trauma. Each cell has the same DNA, but which genes are activated varies among different cell types. Among the 15 cell types are two that were previously unknown, each with a unique set of active genes.

The life scientists provide the first cell 'atlas' of the hippocampus -- the part of the brain that helps regulate learning and memory -- when it is affected by traumatic brain injury. The team also proposed gene candidates for treating brain diseases associated with traumatic brain injuries, such as Alzheimer's disease and post-traumatic stress disorder.

"Every cell type is different," said Fernando Gomez-Pinilla, co-senior author of the study, which was published in the journal Nature Communications.

The biologists found that hundreds of genes are adversely affected by mild traumatic brain injury, such as a concussion. These altered genes can later lead to Alzheimer's, Parkinson's and other diseases.

The mice without an injury had very low levels in 14 of the 15 cell types of a gene called TTR that regulates metabolism, controls thyroid hormones and performs other functions. Brain trauma increased the level of Ttr in essentially all of the cell types, the researchers found. They concluded TTR is important to brain health and may function to bring more thyroid hormone to the brain to maintain metabolism. A thyroid hormone called T4 was injected in mice. T4 improved traumatic brain injury-induced learning deficits and reversed changes in 93 genes that affect learning and memory. This reversal in damage caused by traumatic brain injury is a major new finding. After brain injury, metabolism is substantially reduced. The biologists think T4 may "reboot" metabolism.

Researchers found evidence that at least 12 of 15 cell types are negatively affected by brain trauma, some more strongly than others. They were able to see how genes that have been linked to Alzheimer's disease acted within different cell types, providing new details about where these genes act when they are affected by brain trauma. "We are learning which cell types we may want to target in future research," said Xia Yang, a senior author of the study. "Maybe Alzheimer's disease-related genes do not have to be active in all different cell types."

For the first time, the biologists found several genes that are affected by traumatic brain injury, which has recently been linked to neurotic behavior in humans. Traumatic brain injury has been associated with depression, anxiety, and schizophrenia. This research could lead to new treatments for these conditions.