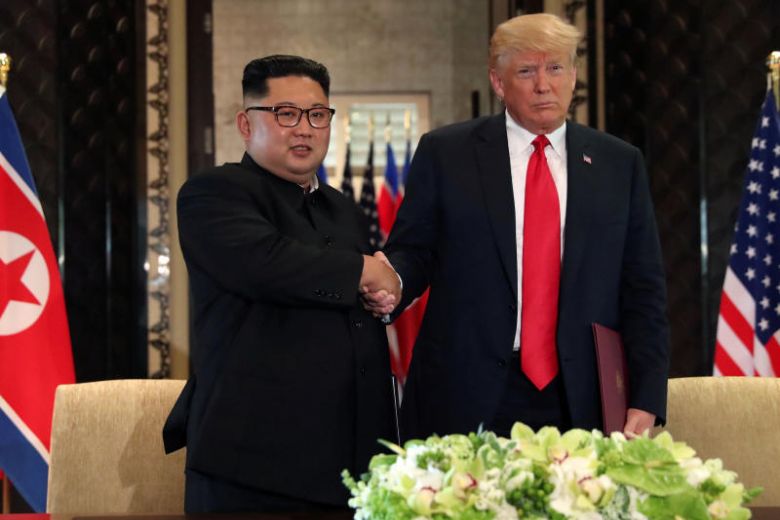 Hong Kong: US President Donald Trump will grant North Korea's leader Kim Jong Un his wishes if he delivers on denuclearisation, the South Korean president said Sunday, following talks on the sidelines of the G20 summit.

As officials work to arrange a second meeting between Trump and Kim, South Korea's Moon Jae-in relayed a message to reporters given to him by the US president to pass on to the North's leader.

"And the message was that President Trump has a very friendly view of Chairman Kim and that he likes him, and so he wishes Chairman Kim would implement the rest of their agreement and that he would make what Chairman Kim wants to come true," Moon told the Yonhap news agency while en route to New Zealand.

Speaking in Buenos Aires, where he discussed the situation on the Korean peninsula with Moon, Trump said he hoped to organize a follow-up meeting with Kim for early 2019.

"We're getting along very well. We have a good relationship," he said.

When asked Saturday if he would ever host the North Korean leader in the United States, Trump replied: "At some point, yeah."

Trump and Kim held a historic summit in Singapore earlier this year, signing a vaguely worded deal on denuclearisation.

But progress has generally been slow, with the two countries sparring over the exact meaning of the agreement.

US officials insist on the complete, verified and irreversible denuclearization of the Korean peninsula before sanctions are lifted.

The North has rejected demands for what it calls "unilateral" disarmament and has instead sought unspecified reciprocal US measures in a gradual process.

Differences also remain between Washington and Seoul on how to proceed with Kim, as the dovish Moon favours more robust engagement with the North.

North and South Korea have begun to remove landmines and destroy military bunkers at parts of their common border as part of efforts to improve long-strained relations.