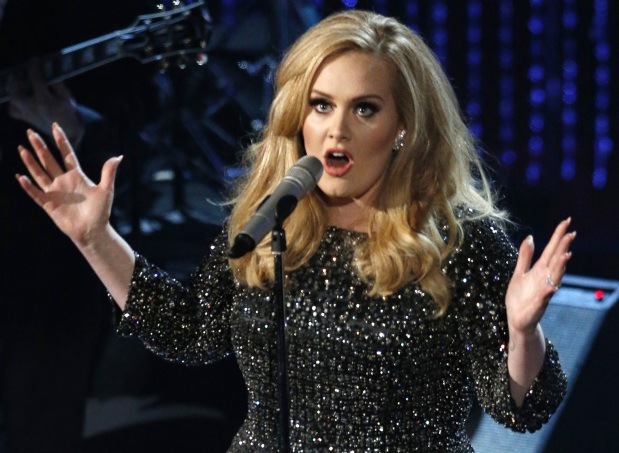 London: Adele, whose latest album 25 has smashed sales records in its first week of release, has announced that she would begin a 15-week concert tour of Britain, Ireland and continental Europe in February.

The Hello star will play 36 dates from February to June 2016.

Fans applauded the tour, Adele's first in four years, on Twitter while media sites noted that the 27-year-old singer appeared to have overcome her self-professed fear of performing before large crowds.

Her last tour in 2011 was cut short when she needed surgery on her vocal cords.

Adele, announcing the tour in a brief video on her website, said the reports of her fear of performing had been exaggerated. Some media reports had suggested she would not tour her latest album as she does not like leaving her three-year-old son Angelo.

"Hello it's me," she says in the clip, standing in front of a map of Europe and the British Isles.

"I have been bluffing this whole time and I'm so relieved to finally tell you I am of course coming on tour and I can't wait to see all of you there."

The tour will open on February 29 at the SSE Arena in Belfast and will end at the Sportpaleis in Antwerp, Belgium, a notice sent to subscribers to her website said.

Other concerts will be elsewhere in Britain and in Ireland, Norway, Denmark, Germany, Switzerland, Portugal, Spain, Italy, the Netherlands and France, the notice said.

Fans were jubilant, with one tweet saying: "Omg. Next year Adele is gonna sing in Verona on 28-29 May! Can you imagine all the Arena singing #HELLO?! Italia's waiting for the queen!"

Adele broke the single-week US album sales record in just four days with 25, Nielsen Music said, with sales at 2,430,000 since its release on November 20.