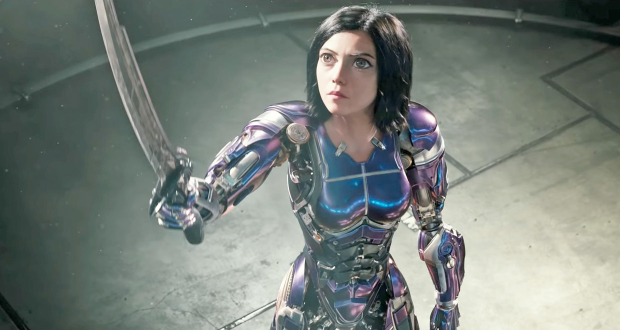 Stunning visuals made possible by breathtaking CGI could persuade audiences of Alita: Battle Angel that they are witnessing an evolution towards the next generation of cinema.

If only the storyline was equally as enthralling.

While the technology employed in this big screen blockbuster goes beyond the groundbreaking techniques that made Avatar such a memorable experience, this latest landmark in movie history comes up short in terms of its plot.

It was the combination of plot and incredible CGI that made Avatar so spectacular, but Alita’s confusing script is a poor companion to its impressive and futuristic setting.

That is despite the involvement of James Cameron (Titanic, Avatar) as co-writer and producer, as well as director Robert Rodriguez (Desperado, From Dusk Till Dawn).

Alita is an adaptation of the popular Japanese cyberpunk manga series, but its story suffers from the obvious franchise building that takes place – with as many as four follow-up movies planned in future.

It tells the story of cyborg heroine Alita (Rosa Salazar), who wakes up in the year 2563 with memory loss.

However, in the Iron City underworld she starts to gradually remember her mysterious past life and her abilities as a trained soldier and martial arts expert.

Fast-paced twists and kicks provide the entertainment, helping the film get a better rating than it would otherwise deserve.

Meanwhile, Oscar-winner Mahershala Ali is miscast as the villainous Victor and co-star Christoph Waltz, a two-time Oscar winner, fails to remedy the shortcomings in his role as cyber physician Dyson Ido.

Another Oscar-winner, Jeniffer Connelly, appears as cyborg scientist Shireen – although it was difficult to fathom why she was there.