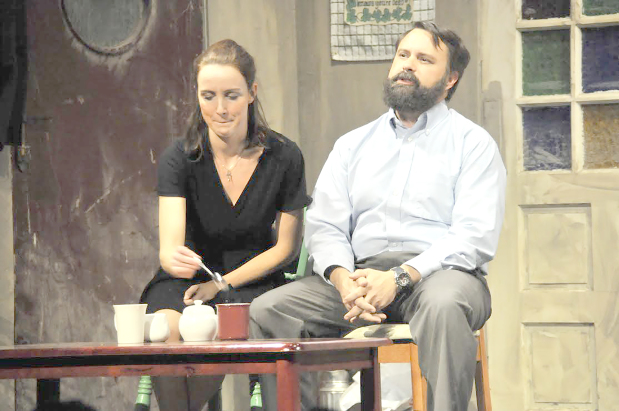 The Manama Theatre Club, a community of amateur drama enthusiasts, put on another great show with popular Irish black comedy, The Beauty Queen of Leenane.

It opened on Wednesday night with a sell-out show at the British Club, captivating audiences with the story of Maureen, played by Sharon Burke, and Mag Folan, played by Anne Koheji.

Maureen is a 40-year-old spinster who cares for her 70-year-old ailing mother, Mag, who sits in her rocking chair most of the day.

To say that the two have a turbulent relationship would be an understatement, with constant bickering, backhanded insults, and bare-faced lies sprinkled with brief moments of possibility and hope.

In this way, Mag continues to taunt and insult her daughter who in turn blames her for her unhappiness.

The banter between the two was quite humorous and tragic at the same time, leaving the audience in stitches and appalled all at once.

The Beauty Queen of Leenane is a complex story of love and hate. Although the monotony and setting is rather depressing, there is plenty of humour as well, thanks to the genius of the script by Martin McDonagh.

So do yourself a favour and pick up a ticket from the British Club in Adliya.

The play, along with dinner, will be staged again tonight while tomorrow night’s event will just be the play.